Without Neo Química Arena, find out where the women’s Corinthians will debut in the Super Cup | supporters 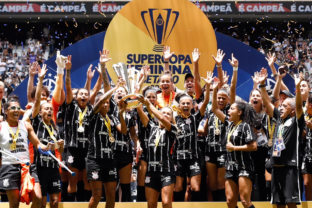 The Corinthians women’s team will not be able to play the first match of the Women’s Super Cup at Neo Química Arena. The reason for this is that the newly renovated turf is still establishing itself and maturing, which prevents a sequence of matches. So, Timão’s Brabas will make their debut in the competition in Diadema, in the Greater ABC region.

“Corinthians informs that the pitch of the Neo Química Arena is still going through a process of establishing and maturing the new grass, recently planted”, said Timão in a note published on the official website. According to the club, this stage requires special care, especially due to the current weather conditions.

“While the lawn has matured to 100%, these precautions will be maintained and, therefore, many games cannot be played in a short period of time”, informs the alvinegro club. Corinthians also points out that Parque São Jorge is also undergoing renovations on the lawn to serve the main male and female squads, in addition to the base categories.

In this way, Corinthians decided to play its first match in the Women’s Super Cup in Diadema, at the Inamar Arena. Timão’s Brabas will face Atlético-MG, at 10:30 am (Brasília time), on February 5th. Corinthians enters the competition to defend the title, as it is the current champion.