who broadcasts the semifinal with Goiás? 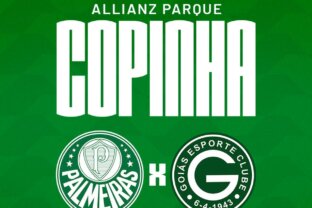 The first semifinal of the Copa São Paulo de Futebol Júnior, the Copinha, will be played this Saturday (21). At Allianz Parque, Palmeiras plays in front of its fans in order to try again to reach the decision in its quest for the second championship of the event.

Verdão’s opponent is Goiás, in a match at 21:00, and those who don’t go to the stadium can watch the game on TV. The duel will be shown by SporTV throughout Brazil, following the channel’s coverage of the event.

Current Cup champion, Palmeiras comes in a big way for the semifinal, after thrashing Floresta in the quarterfinals. With Kevin as the main star of the team this season, the Crias da Academia are looking for another victory to reach the chance of another title for one of the most winning bases in the country today.

Paulo Victor Gomes should have no problems choosing Verdão to face Goiás, with his main players and top scorer Ruan Ribeiro. The lineup to be taken by the coach to the field should not be different from the duel against Ceará,

Goiás has a Copinha runner-up (in 2013) as the best campaign in the tournament, and hopes to repeat the feat of being a finalist ten years later. The emerald team defeated Goiás in the quarterfinals to be able to get the chance to reach a decision again, but having to beat the current champion to do so.

Players like Luís Mina and Andrey are highlights in the team commanded by Mário Henrique and who should be on the pitch to face Alviverde Paulista this Saturday. The possibility is great that the Goians will not make big changes in relation to their last duel.

Whoever wins from Palmeiras and Goiás will have to wait until Sunday night (22) to find out who will be their rival in the final, with the other semifinal to be disputed by Santos and América-MG, in Vila Belmiro.