where to watch the NFL playoff game LIVE 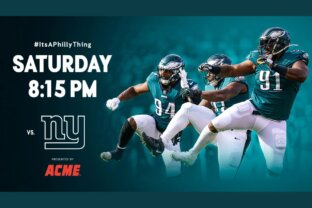 The Philadelphia Eagles face the New York Giants this Saturday (21) in the Divisional round of the National Football League playoffs (nfl). The match will be played from 10:15 pm Brasília time, with live broadcast on ESPN 2, Star+ and nfl Game Pass.

Owners of the best campaign in the regular season, the Eagles debut in the playoffs wanting to confirm the favoritism for the title won throughout 2022 over divisional rivals. The team ended the regular season with a record of 14-3, but suffered a little during the final stretch. In weeks 16 and 17, the team was defeated twice in a row, mainly because of the absence of quarterback Jalen Hurts, who felt a shoulder injury. The Philadelphia Eagles, however, secured first place in the National Conference (NFC) with the victory over the Giants themselves in week 18 and, thus, were entitled to rest during the Wild Card round.

The Giants, in turn, imposed one of the biggest upsets of the postseason in the first round. In the Wild Card, the team beat the Minnesota Vikings by 31 to 24, playing away from home, knocking out the third seed in the NFC. The team was behind on the scoreboard during the first quarter, however turned the score around still in the period and reached 10 points during the next 15 minutes, however the opponent pulled over. Already in the second half of the confrontation, the New York Giants returned to make a difference of 10 points, however they allowed the tie at the beginning of the last period. Then, with a little more than seven minutes left in the duel, the Giants scored the winning touchdown with running back Saquon Barkley.

Where to watch: ESPN 2, Star+ and NFL Game Pass