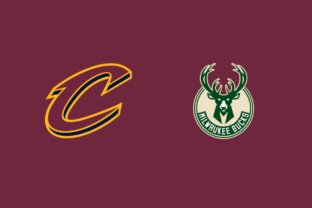 The Cleveland Cavaliers face the Milwaukee Bucks this Saturday (21) in the regular season of the National Basketball Association (NBA). The match will be played from 9:30 pm, Brasília time, with live transmission on Amazon Prime Video and NBALeague Pass.

The Cavaliers remain unstable the last few times they entered the court. Since January 6, the team has a campaign of three wins and five losses. The team’s irregular period, however, began last month. Between December 2nd and 12th, the Cleveland Cavaliers went 3-3, but subsequently had a six-game winning streak. The Cavaliers, however, were again defeated in a row, with three series setbacks, until between the end of last year and the beginning of 2023, they recorded three consecutive positive results.

Like the opponents, the Bucks are also trying to recover from an irregular phase. The team is currently on a two-game winning streak, but as of December 30, their record has been 6-4. Previously, however, the team had gone through its worst series of defeats, with four recorded between December 21st and 28th. The Milwaukee Bucks, although they have evolved, are not managing to score enough points to have a more solid moment. Just to illustrate, the Bucks scored 109.3 points per game during the series of reverses and, in the last 10 duels, they had 112.5 points per game, however, the team is suffering an average of 114.2 points per game in the last times he entered the court.

Where to watch: Amazon Prime Video and NBA League Pass