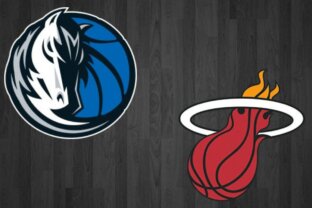 The Dallas Mavericks face the Miami Heat this Friday (20) for the regular season of the National Basketball Association (NBA). The match will be played from 9:30 pm, Brasilia time, with live broadcast on ESPN 2, Star+ and NBALeague Pass.

Soon after having a good sequence of results, the Mavericks are in decline. The team won seven straight games, its longest undefeated series of the season, between December 21 and January 2, but subsequently began to lose more matches. Since the 5th, the team has lost six of eight duels, with three consecutive defeats in the last times they entered the court. The Dallas Mavericks have had a defensive slump in recent duels. Just to illustrate, during the sequence of positive results, the Mavericks conceded an average of 112.3 points per game, but it increased to 124.4 in the last eight games.

The Heat, on the other hand, have been recovering from a poor start to the season since December. Right after starting 2022-23 with a record of 10-12 until November, the team was a little more consistent from the following month, with nine wins in the 15 matches played. The team, moreover, has maintained solidity at the beginning of 2023, with a 6-3 campaign. In the meantime, the Miami Heat started to defend a little better. The Heat, at the beginning of the season, conceded an average of 110 points per game, which was higher than the average of points scored (109), however, since November, it has dropped to 107.2 points per game in the last 24 times it entered on court.

Where to watch: ESPN 2, Star+ and NBA League Pass