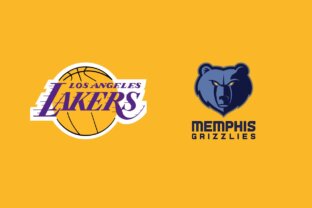 The Los Angeles Lakers face the Memphis Grizzlies this Saturday (21) in the regular season of the National Basketball Association (NBA). The match will be played from 00:00h Brasilia time, with live broadcast on ESPN 2, Star+ and NBALeague Pass.

The Lakers are back on a bad streak after winning a huge number of straight games. Between December 27 and January 7, the team had a campaign of six wins and only one loss, with five consecutive victories. The team, however, fell again from the 9th of this month. In the last five games they played, the Los Angeles Lakers had four setbacks, with three consecutive losses at the start of that series. The Lakers are getting worse on both sides of the court. Just to illustrate, in the most recent positive phase, the team averaged 122.3 points per game and conceded 116.4 points per game, but, as of January 9, it started to score 117.4 points per game and allow 120.4.

For their part, the Grizzlies are the hottest team right now. The team has 11 straight victories, not knowing what it’s like to be defeated since December 27th. In this way, the team is consolidating itself as one of the best in the Western Conference. The main reason the Memphis Grizzlies evolved after going through a turbulent period was increased production on offense. Between December 17th and 27th, when the Grizzlies were 1-4, the team scored just 108.4 points per game, but the average increased to 124.3 points.

Where to watch: ESPN 2, Star+ and NBA League Pass