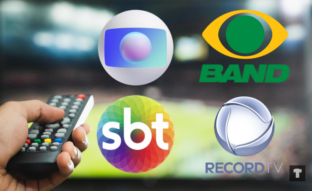 Brazilian football promises many emotions for fans with one more round of state and regional championships this weekend and fans will be able to watch the games of the main competitions on TV. Globo, the main broadcaster in the country, promises to show three matches live.

Owner of the rights to broadcast the championships from Rio Grande do Sul, Minas Gerais and Santa Catarina this season, Globo will air this Saturday (21), at 4:30 pm (Brasília time), respectively, Caxias x Grêmio (for RS), Atlético-MG x Caldense (for MG) and Figueirense x Joinville (for SC).

Also on Saturday, SBT broadcasts two games from the first round of the group stage of the Copa do Nordeste: Vitória x Santa Cruz and Fortaleza x Campinense, both at 5:30 pm (Brasília time).

Record shows for all of Brazil (except RJ) on Sunday (22), the classic Palmeiras x São Paulo, at 4 pm, while the day before it shows the duel Confiança x Gloriense, for the Sergipe Championship (only for SE), at 4 pm.

After three seasons without the main competition of clubs in South America, Globo won the competition with SBT and recovered the rights to show the liberators for the next four years.

Transmissions in the international competition begin in February, with games between Atlético-MG and Fortaleza in the second phase of the competition (pre-liberators).