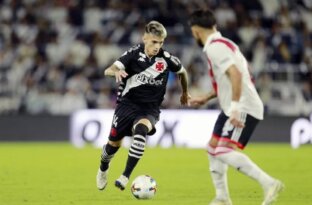 Vasco will be missing for the friendly match tomorrow (21), against Inter Miami, in the United States. It is striker Orellano, who complained of muscle pain. According to an official statement, the inconvenience is natural and the player will be absent preventively.

“Athlete Orellano had muscle pain, which is natural at the beginning of the season, and he will do physical work separately. As a preventive measure, it will not be available for this Saturday’s match (21/01), against Inter Miami”, informed Vasco.

Orellano was a substitute in the game against River Plate, acting in the second half. On the field, the player’s work was satisfactory and it was expected that he would play in the starting line-up against Inter Miami, Vasco’s last friendly match in the United States.

The Cruzmaltina delegation will return to Brazil next Monday and the squad will be on the field on Wednesday, when they will face Portuguesa da Ilha do Governador, in a game valid for the third round of the Carioca Championship, at the Luso-Brasileiro stadium.