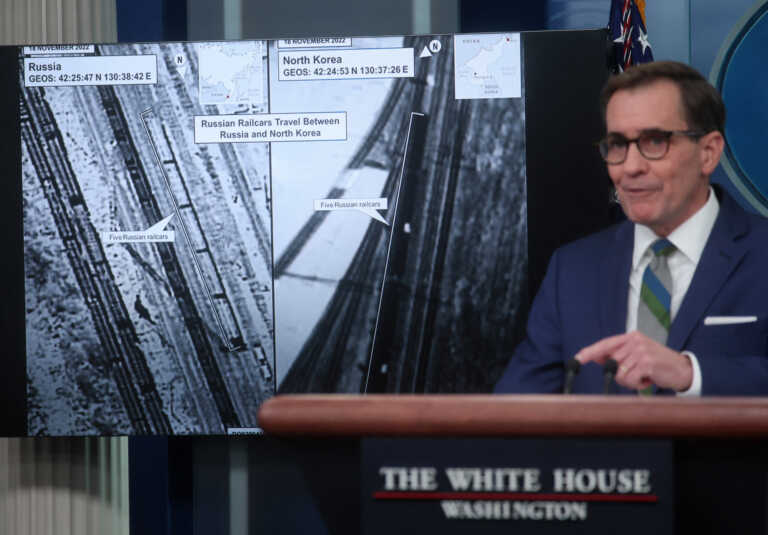 “We still believe that the Wagner group has about 50,000 men in Ukraine today, of which 10,000 are mercenaries and 40,000 are (former) prisoners,” he said, arguing that even Russia’s defense ministry has “reservations” about the ” recruitment methods’ which follows.

Kirby also announced that Washington will impose new sanctions against Wagner. Designating it as an “international criminal organization” also bars Americans from providing resources, goods or services to the organization while freezing any assets it has in the US.

The spokesman presented a satellite photo taken Nov. 18 that the White House says shows a Russian train going to North Korea to pick up weapons for Wagner. On November 19, North Korea filled five container cars and the train returned to Russia.

According to Kirby, North Korea delivered missiles that Wagner would use. “While we appreciate that the amount of material delivered to Wagner has not changed the dynamics of the battlefield in Ukraine, we expect that it will continue to receive North Korean weapons systems,” he added.

Share
Facebook
Twitter
Pinterest
WhatsApp
Previous article
Death of Axelle Dorier in Lyon: the driver of the Golf sentenced to 12 years in prison
Next article
Juventus is punished harshly: fraudulent Italians have to hand in 15 points