upon request, recall Falcão’s passage in the national team 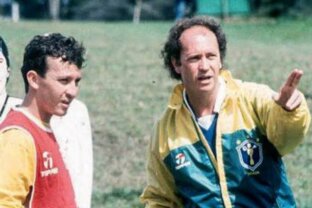 Galvão Bueno expressed his opinion on who should be Tite’s successor in the Brazilian national team. Thus, on his social networks, the former sportscaster wrote this Tuesday (17) that the Italian Carlo Ancelotti, currently in the Real Madrid, should be the coach of the canary team. In this way, he also suggested the name of Paulo Roberto Falcão to assume the position of director of CBF selections.

Thus, Galvão Bueno, in his message, apologized to the saints, since Falcão recently took over the role of sports coordinator at Peixe. So, he justified the choice for the partnership that the former Brazilian midfielder made with Ancelotti at Roma, as a way to convince the Italian coach to take over the Brazilian national team. “Because Falcão and Ancelotti formed a sensational midfield. The best of Rome’s history. They are friends. Partners. And Falcão is an idol of Ancelotti!“, justified Galvão, who planned: “Then, Falcão would negotiate and make the invitation. Old friends, trust each other!“, he concluded on his Twitter.

Future four-time champions called up for the first time

If the president of the CBF Ednaldo Rodrigues, who will choose the new coach in a unilateral decision, grant Galvão Bueno’s wish, it would be a return of Paulo Roberto Falcão to the Brazilian national team after 33 years. Thus, the former InternationalRome and Sao Paulo he succeeded Sebastião Lazaroni, taking over the team after the 1990 World Cup. It would even be Falcão’s first experience as a football coach.

However, Falcão’s passage through the Brazilian team did not reveal good numbers, although he left a good legacy for Carlos Alberto Parreira. In his debut, the new coach greatly rejuvenated the team, compared to the team that failed in the World Cup in Italy. However, Brazil took Spain 3-0 in Gijón on September 12, 1990. The match was marked by the debuts of future four-time champions Cafu and Márcio saints do not write canary.

In fact, another player that would be fundamental for winning the 1994 World Cup would be called up for the first time by Falcão, as Mauro Silva. However, the technician’s retrospect by the team was unsatisfactory. In 15 games, he would manage only five wins, with seven draws and three defeats. At the time, the intention of the president of the CBF, Ricardo Teixeira, was to form a team prioritizing players who played in Brazil, instead of abroad.

The first goal would only be scored in the third match, scored by Neto in the friendly commemoration of Pelé’s 50th birthday, which featured the King of Football on the field. However, Brazil would lose 2-1 to the Rest of the World team. Later, the first victory would only happen in the eighth game, seven months after the debut: 1 to 0 against Romania. Therefore, Paulo Roberto Falcão’s passage through the Brazilian national team would end after the runner-up in the 1991 Copa América, almost a year after he took over. For the tournament, players who played in Europe were summoned.