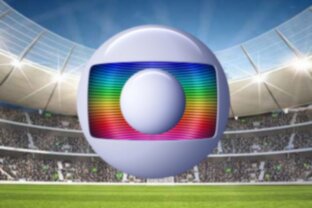 The Brazilian Football Confederation (CBF) released last Tuesday (24) the detailed table of the 2023 Women’s Super Cup and also announced the agreement for Globo to broadcast competition games this season.

The matches of the short duration tournament will be shown live on Sunday mornings, inserted in the “Esporte Espetacular” program.

The debut of the Women’s Super Cup broadcasts on Globo will be on February 5th with two matches, both at 10:30 am (Brasília time).

For the first phase of the competition, Corinthians x Atlético-MG will play at Estádio José Batista Pereira Fernandes, in Diadema (SP), and the match will be shown for the states of São Paulo, Minas Gerais and part of the network, while Flamengo x Ceará will be shown to Rio de Janeiro, Ceará and another part of the network, directly from Estádio Luso Brasileiro, in Rio de Janeiro (RJ).

The duels will also be shown live on the subscription channel SporTV, also from Grupo Globo.

As the competition is short, there will only be three knockout stages, after the opening games, Globo should return to broadcasting only the Super Cup final, scheduled for February 12 (Sunday).

The semifinal duels will be played between the 8th and 9th (Wednesday and Thursday) and should only be shown on the SporTV channel.

Men’s Super Cup will also be shown on the station

The Brazilian Super Cup will have the Palmeiras x Flamengo state classic this Saturday (28), in a single game, at the Mané Garrincha stadium, at 4:30 pm (Brasília time), with broadcast by Globo and SporTV for all of Brazil.