Tim Martinez: Wrestling duals put on a good show that could be even better 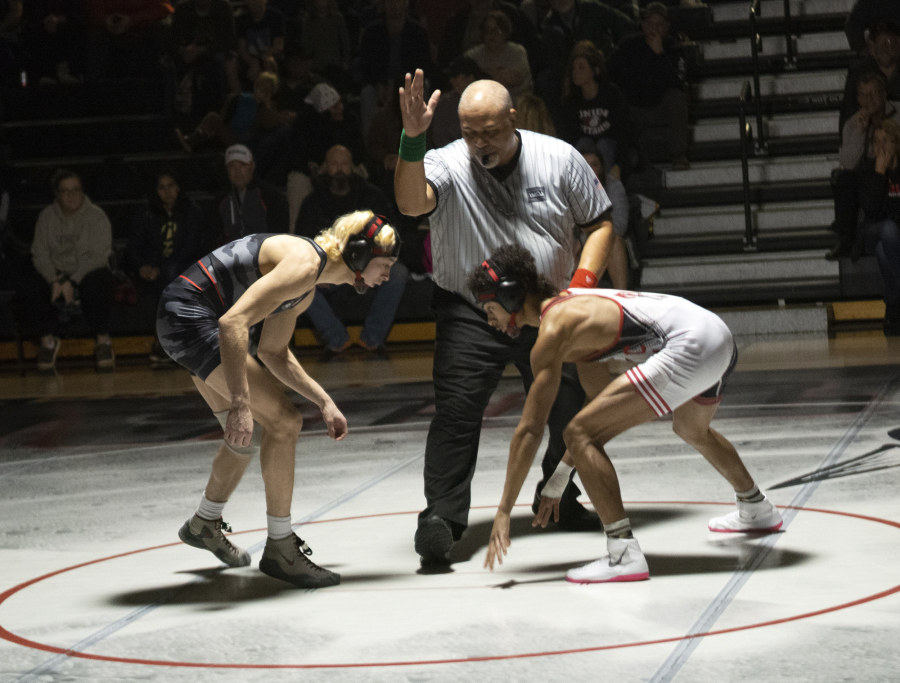 Before the conclusion of the winter regular season, I wanted to make a point of going to a high school wrestling dual meet.

Over the years, The Columbian’s coverage of wrestling has focused on a couple of big midseason tournaments — i.e. Pacific Coast Championships and Clark County Championships — then heated up with postseason events of district, regional and state tournaments.

But duals have sort of fallen back into the shadows. In recent years, it has become increasing more difficult to get wrestling coaches to report the result of dual meets.

This winter, it has been almost nonexistent. For some reason, wrestling is the only high school sport that we cover in which we have trouble getting coaches to report results to us.

I don’t know why that is the case. (Note to coaches: If you wanted to report a dual meet result, all you have to do is take a picture of the meet score sheets with your phone and email them to sports@columbian.com. We’ll do the rest).

But having attended a couple of duals last winter, including a non-league bout between La Center and Ridgefield in the battle of the SpudCat, I found that wrestling duals are fun events.

There is one mat. One match going on at a time, unlike tournaments. And each team’s full roster of wrestlers line each side of that match cheering on their teammates.

It is a great atmosphere.

So on Wednesday, I wandered out to Union High School for a classic rivalry matchup between Union and Camas.

The early matches of the girls meet was filled with forfeits and quick pins. But it eventually all boiled down to the final match at 190 pounds between Union’s Virginia Thomason and Camas’ Avery Vega-Padilla.

Vega-Padilla earned a third-period takedown to go up 4-3. But Thomason countered with a reversal for a 5-4 win that gave the Titans a 27-24 victory.

“I had it a lot closer, but our guys picked it up,” Godinho said. “Our kids wrestled very well. That’s a good Camas team. We had to win some matches, the swing matches we picked up. So I’m very proud of those guys.”

Two forfeits and an injury default put Camas in an early hole. But the 126-pound match between Union’s Jordin Jimenez and Camas’ Chase Reid provided drama. It was tied 2-2 heading into the final period before a reversal gave Jimenez a 4-2 win.

“I just wanted to score there at the end, then just ride him out,” Jimenez said. “I was trying to look for the pin at the end. Unfortunately, I didn’t get it, but I still got the win.”

Then pins by Noah Koyama, Spencer Needham and Armando Nicasio put Union up 51-3.

“We kind of had a fire in our bellies after seeing our JV team didn’t do quite so well,” Jimenez said. “That got us thinking ‘Alright, we got to turn it up on our end.’ ”

The Papermakers would finish out the meet with a flurry of wins to make the final score more respectable at 51-25.

But it was a great night for Union, especially the boys who were coming off their 14th consecutive team title at the Clark County Championships.

“It’s pretty impressive to stay on top for that long without having a dip,” Godinho said. “Now we’re starting to cut weight and jockey for position to get our 1s and 2s together for the postseason.”

While Wednesday’s result will play no role in the eventual push toward the state tournament next month, it was still fun to watch and still worthy of reporting.

In fact, I kind of wish that there was a state tournament just for duals. Perhaps it could be held the week after the Mat Classic.

That would be fun to watch.

What about league runners-up, you say? I say “You have to win your league to get a shot at the state title.”

That would make these league duals have greater importance.

Then maybe we could get coaches to report their results to us.

Tim Martinez is the assistant sports editor/prep coordinator for The Columbian. He can be reached at 360-735-4538, tim.martinez@columbian.com or follow his Twitter handle @360TMart.