This time Heat on wrong side of rout in 115-90 collapse vs. Doncic in Dallas – The Denver Post 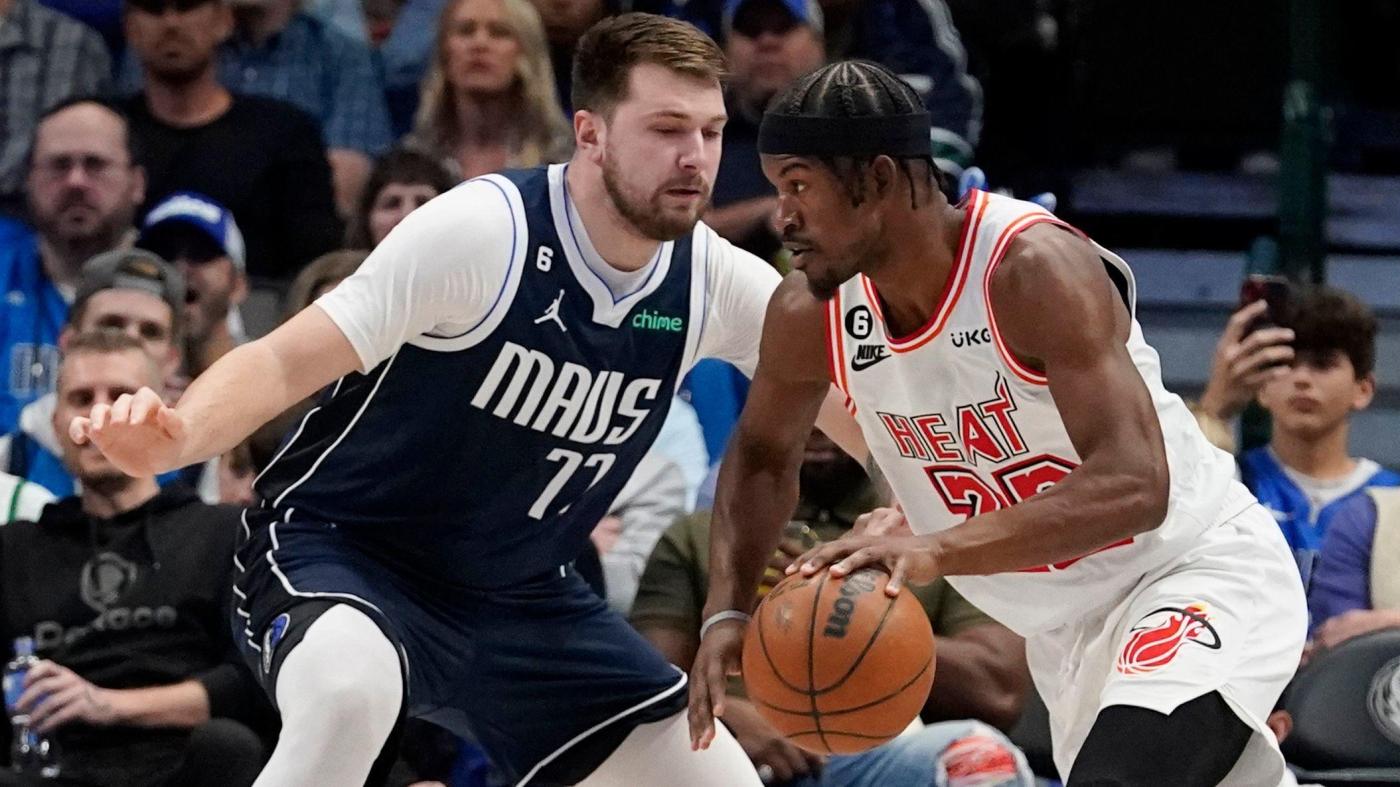 It proved to be an all-or-nothing three-game trip for the Miami Heat, culminating with Friday night’s 115-90 rout at the hands of the Dallas Mavericks at American Airlines Center.

Monday there was an early 26-point deficit and futile uphill climb in a loss to the Atlanta Hawks.

Wednesday, the Heat pushed to a 20-point first-quarter lead against the New Orleans Pelicans and rolled to their most lopsided victory of the season.

But Friday, it was back to an early double-digit hole and eventually another insurmountable deficit.

In the end, a 1-2 trip, down to 25-22, with a three-game homestand to follow, starting Sunday against the Pelicans.

With Dallas’ Luka Doncic dominant early on the way to 34 points, and with Jimmy Butler stifled by Dallas’ defensive focus on a 12-point night, the Heat ultimately were unable to overcome the Mavericks’ 3-point dominance.

The Heat closed within six early in the third, before going into the fourth quarter down 92-67. From there, Dallas pushed its lead to 30, as the starters watched the finish from the bench.

2. Distant view: The Heat were outscored 18-0 by the Mavericks from beyond the arc in the first quarter, 33-6 in the first half and 45-6 through three quarters.

The Heat’s three 3-point attempts in the first period were their fewest in a quarter this season, the seventh period they had gone without a 3-pointer this season.

The Heat did not convert their first 3-pointer until Gabe Vincent connected with 8:18 left in the second period, after the Heat’s 0-for-4 start.

The Heat entered eighth in the league in 3-point attempts per game, but just 25th in 3-point percentage.

3. The Luka factor: Heat coach Erik Spoelstra quickly dismissed a pregame line of questioning about the Heat holding Doncic to his lowest scoring average of any opponent (20.8).

Donic then came out and scored 11 points in the first quarter, along with three assists.

“There’s not a coverage in this league or that you can devise that’s going to bother him,” Spoelstra said. “There’s just not.”

Doncic converted his first four 3-pointers, with his third the 850th of his career, adding 12 points and seven assists to his 34 points.

4. Building a wall: The Mavericks took a deliberate approach with their defense against Butler, consistently sending a double team while also walling off to the pain.

He sat out the fourth quarter, closing 3 of 7 from the field and 6 of 6 from the line, with four rebounds and one assist.

5. Stepping up: With the Heat’s early offense otherwise off, Oladipo stepped up with 13 first-half points, at 6 of 7 from the field at a stage the rest of his teammates were 8 of 21. The Heat’s only other bench point in the first half was Vincent’s 3-pointer.

Outside of Oladipo’s offensive spark, there arguably was no spark for the Heat from the Heat’s wings, with Tyler Herro adding 16 points.

Share
Facebook
Twitter
Pinterest
WhatsApp
Previous article
Grêmio has a last-minute drop before their debut at Gauchão
Next article
This time Heat on wrong side of rout in 115-90 collapse vs. Doncic in Dallas – Boston Herald