The Sammy Sosa debate isn’t going away for Chicago Cubs fans and ownership. Is a reunion possible? – The Denver Post 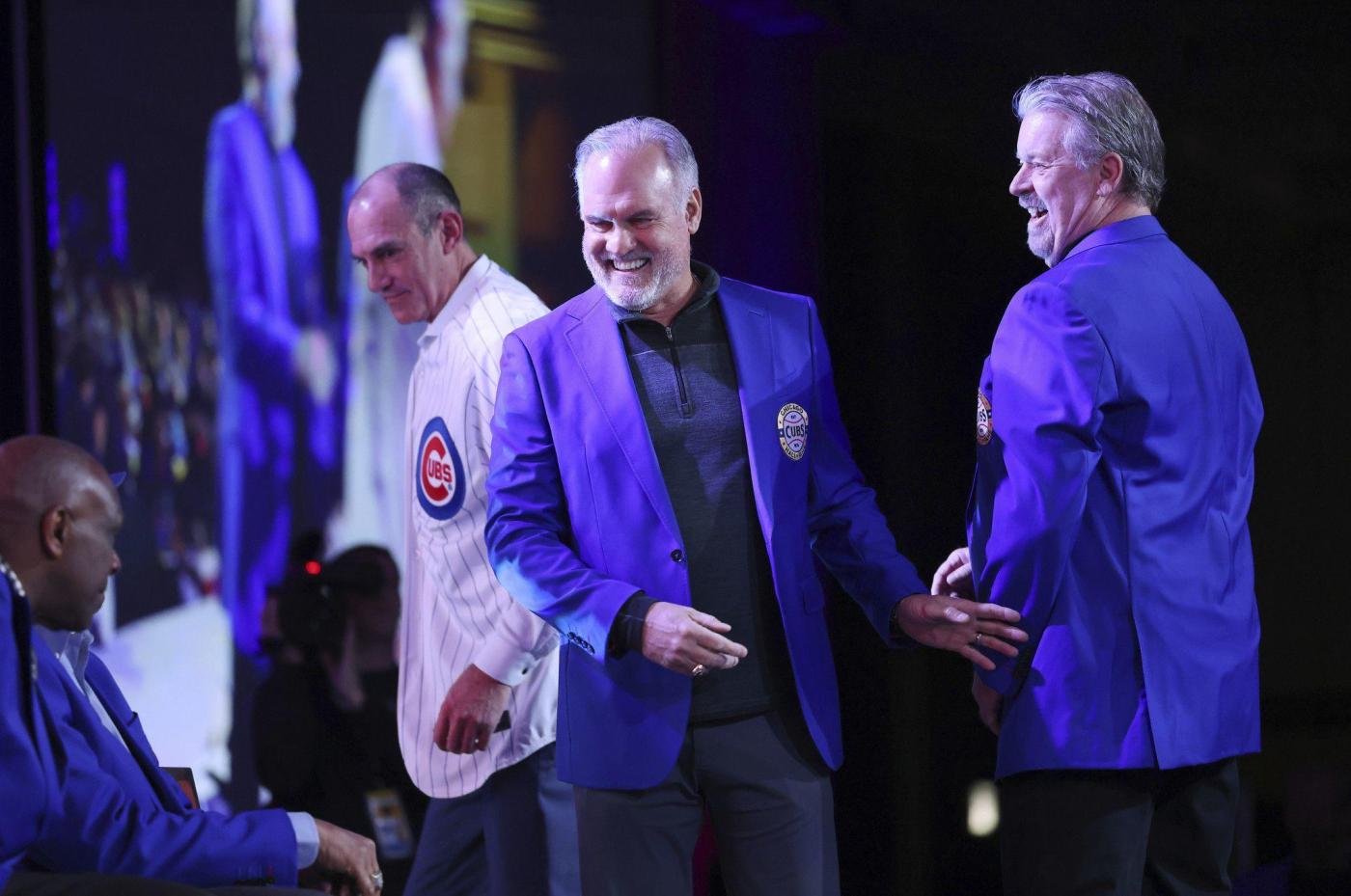 If it isn’t obvious by now that Tom Ricketts wants no part of a Sammy Sosa reunion, I don’t know what else the Chicago Cubs chairman can say to end the discussion.

Except perhaps by shouting: “No Sammy now. No Sammy ever.”

The Sosa conundrum never will go away until Ricketts definitively says “not on my watch.” Because his family has no intention of selling the Cubs, I can envision his kids answering the same questions about Sosa’s status at the 2043 Cubs Convention in Arlington Heights.

Instead, Ricketts keeps leaving the door open as if it’s totally out of his control. He even said Saturday at the Cubs Convention that perhaps the Cubs and Sosa someday would “find a way that works for everyone.”

The Sammy-in-exile saga, which lost steam during the pandemic thanks to the cancellation of the Cubs Convention in 2021 and ‘22, was front and center again this weekend at the resumption of the annual fan fest.

On Friday, Ricketts was on stage introducing the newest members of the team’s Hall of Fame, teasing the fans without saying their names to help build suspense. Some fans began chanting, “Sam-my, Sam-my.”

“Not Sammy,” an annoyed Ricketts replied. “He’s not even eligible yet.”

That’s true. According to those involved in the voting process, Sosa won’t be eligible until 2024 because of an arbitrary cut-off date the Cubs set. Why they wanted to keep kicking the can down the road on Sosa’s eligibility is a question only the Cubs can answer.

Anyway, Ricketts then announced the new Cubs Hall of Famers, Mark Grace and Shawon Dunston, both of whom were Sosa’s teammates in the 1990s. Dunston retired after the 2002 season and Grace retired after 2003. Sosa last played for the Cubs in 2004 and retired after 2007.

Ricketts was asked Saturday during a question-and-answer session with his sister, Laura, “What’s the problem with Sammy?” He answered that he sees “both sides” of the debate but had “nothing new to report at the end of the day.”

It was a meandering way of saying, “Not happening, dude.”

Later, another fan pointedly told Ricketts that the reason he became a Cubs fan was “watching Sammy Sosa,” not because of the current owners. Ricketts answered that the Baseball Hall of Fame voters have an issue with Sosa, who hasn’t come close to being elected. He made no mention of performance-enhancing drugs, but it was obvious what that issue was.

Ricketts added that he wants to be “thoughtful” about ending the Cubs’ long separation with Sosa and that the story isn’t over.

“I don’t think the final chapter is written on this,” he said.

Apparently the final chapter will be written when Sosa becomes eligible for the Cubs Hall of Fame next year. Will he get in, forcing the Cubs to honor him with a plaque and an invitation to the ceremony?

I later asked Ryne Sandberg, who will have a statue erected in 2024, how he felt about Sosa being honored at Wrigley Field.

“Yeah, if that can get all worked out and if both sides can come together on that and do it rightfully and professionally,” he replied. “If there are things to (fix), sometimes to mend something there needs to be apologies and things like that.

“That’s how relationships work. So it’s about the relationship. I really don’t know, but I think that’s kind of what it takes.”

That sounded like Sandberg was in favor of a reunion, assuming Sosa apologized. But Sandberg then talked about the need to play the game “the right way” and mentioned that he said “respect the game” or play it “the right way” 28 times during his Baseball Hall of Fame speech.

Virtually no one believes Sosa will admit to using PEDs at this point, much less apologize for it. That roadblock never will be removed.

He has given interviews suggesting he feels scapegoated by the game for the so-called “steroid era,” which has seen alleged PED users admitted to the Hall of Fame over the last decade.

He has seen Alex Rodriguez, an admitted PED user who was suspended by MLB, be welcomed by the game and given a prominent role as a Fox Sports analyst.

He has seen another PED offender, Manny Ramirez, be hired as a player and minor-league hitting coach by the same Cubs owner now demanding an apology from Sosa.

And he has watched Barry Bonds have his number retired in San Francisco in front of an adoring crowd in spite of his transgressions.

This long, tedious dance over a Sosa reunion won’t end soon. Sosa’s Cubs career will be highlighted again this summer, the 20th anniversary of the memorable 2003 season that included Sosa’s corked bat episode in June.

MLB was complicit in that one, allowing a 10-minute period for Sosa’s other bats to be removed from the Cubs clubhouse before a search was conducted, giving him the excuse he simply was using a batting practice bat instead of having multiple corked bats.

Despite that incident — and the PED allegations and the final-day walkout in 2004 — a vocal segment of Cubs fans still is willing to forgive and forget, hoping to give Sosa one last tribute at Wrigley. But the final say may be in the hands of the Cubs Hall of Fame voters.

Most of those voters are friends and media colleagues I’ve known for many years. I’ve spoken to quite a few of them in recent months, and unless they have a change of heart, I’d be shocked if Sosa musters enough support to get inducted in 2024.

The members of the voting committee, selected by Cubs executives, won’t have to reveal their choices, as most baseball writers do on the Baseball Hall of Fame ballot. But I hope they do explain their votes on Sosa for the sake of transparency. After all these years of debating Sosa, Cubs fans deserve that.

Maybe the voters will shock me and elect him, leaving it up to Sosa whether he would accept the honor and return to Wrigley.

Could Sammy possibly ghost the owners at his own Cubs Hall of Fame induction?

That might be the perfect ending to this story.