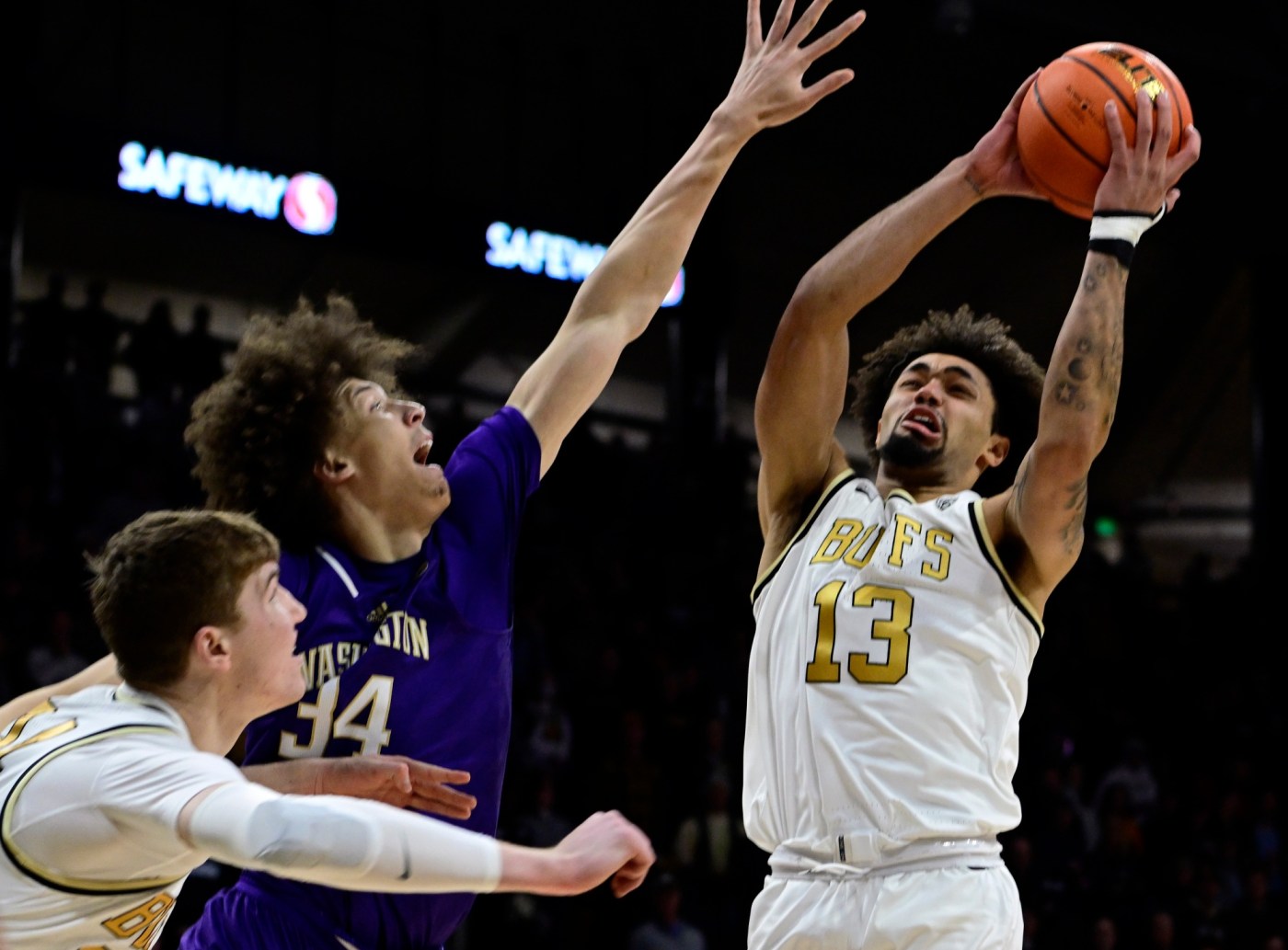 Getting back to the CU Events Center more often than not has brought out the best in the wildly inconsistent Colorado men’s basketball team this season.

CU’s struggles continued on Thursday against visiting Washington, as the Huskies handed the Buffaloes a 75-72 defeat. CU has lost three consecutive games for the first time this season and fell deeper into the bottom half of the Pac-12 Conference standings.

The Buffs played shorthanded as senior Jalen Gabbidon missed his sixth consecutive game due to a knee injury. He was joined on the sideline by reserve guard Javon Ruffin, who suffered a knee injury this week at practice.

UW led through much of the first half and held a 33-26 lead at halftime. The Huskies pushed their lead to 13 points on a Keion Brooks 3-pointer with more than 13 minutes remaining, and while the Buffs made a few dents in the Huskies’ advantage, UW always mustered a response.

CU put together five consecutive points to get within six points, only to watch UW pad its lead with a 9-2 run. A few minutes later the Buffs used a 10-3 run to get back within six, but UW’s Cole Bajema answered with a 3-pointer. The Buffs got within five or six on several more occasions down the stretch but didn’t make it a one-possession game until a 3-pointer from CU’s Julian Hammond III cut the deficit to 71-68 with 1:50 to go.

CU got within 73-72 on a driving bucket from KJ Simpson with 43.4 seconds left, then got the ball back after forcing a turnover. But a Simpson turnover denied the Buffs a chance at a go-ahead shot.

While turnovers crushed the Buffs while getting swept on the road last week in Los Angeles, it was a generous defense and an absent shooting touch that doomed Colorado on Thursday. UW shot .636 in the second half and finished .540 overall. CU went 3-for-19 on 3-pointers and 13-for-20 at the free throw line.

Hammond paced the Buffs with a career-high 18 points.