side speculated as target terminates contract in Turkey 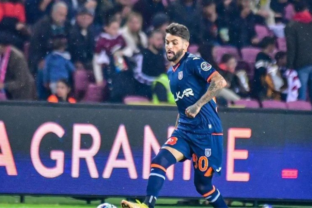 The Brazilian Júnior Caiçara, 33 years old, will not continue in Turkish football. According to an investigation by iG Esporte, the player was granted permission from Başakşehir to leave the club free of charge and play abroad. Recently, Flamengo, Atlético-MG and Bahia consulted the situation of the player, who intends to return to Brazilian football, after more than a decade playing abroad.

Caiçara was on the pitch this Wednesday (18th), scoring the last penalty that guaranteed Başakşehir’s qualification to the quarterfinals of the Turkish Cup. Last season, the International even expressed interest in the player, but a termination fine of 1.5 million euros was imposed. His bond with the Turkish club is in effect until June 2024.

In 2020, when asked about the possibility of wearing the colors of FlamengoJunior Caiçara was excited.

“What big club is everyone talking about? It’s the Flamengo. In terms of financial structure, he has a project to win Libertadores. Every player wanted to be in Flamengo today,” he said in August 2020.

According to information from journalist Isabelle Costa and the Paparazzo Rubro-Negro page, Caiçara was offered this week to the board of Flamengo, days after members of the Football Department picked up the player’s staff. Now with the player leaving the Turkish team free of charge, the situation changes.

Caiçara earns around R$650,000 a month and would be willing to take a pay cut to return to Brazil. In this scenario, the Flamengo would have competition from Galo and Bahia, which has already spent high amounts on reinforcements for 2023.

Júnior Caiçara, right-back for Başakşehir, from Turkey, was asked by #Flamengo this year and was offered this week to Carioca leaders. Spindel and Fabinho, members of the Football Department, contacted the athlete’s staff in early 2023, however, + pic.twitter.com/eOIp2ib8RS