See the likely lineup of Cruzeiro against Patrocinense today at Mineiro 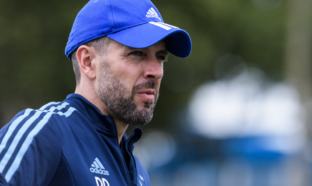 Cruzeiro officially debuts today in the 2023 season. Now back in Série A, Raposa starts the year with a completely overhauled squad. In the first game, against Patrocinense, at 7 pm (Brasília time), for the 1st round of the Campeonato Mineiro, many new faces.

With a high number of signings, Paulo Pezzolano’s starting lineup is still a big question mark. In this pre-season period, the Uruguayan coach chose not to play any friendly preparatory matches and, with that, did not give any clues as to who he will send to the field.

As well as the tactical formation, another mystery. In Série B, the commander of Raposa was adept at the scheme formed by three defenders. Now, with a wider range of alternatives in the middle and attack, it is possible that he could return to the 4-3-3.

On Friday, Cruzeiro released the list of players for the match. Celeste’s coaching staff even called up midfielder Ian Luccas, a standout in the Under-20 category who trained with the rest of the squad.

Paulo Pezzolano admitted that Cruzeiro is still not fighting on an equal footing with Atlético for the state title. In a press conference, the coach sees the rival with players of higher rank and economically stronger than Fox.

– We want to fight for the Mineiro title, but there is a stronger team, economically, with players at a stronger level than us, which is Atlético-MG. Ready. But that we are going to fight them, face to face, let’s go. We can win, yes (Mineiro). But it’s not easy,” said Pezzolano.

About the Brasileirão, Pezzolano has no doubts in saying that the main objective is to remain in the elite of national football.

“In Brazil, it’s clear. Permanence is most important. For the history of Cruzeiro, he deserves to be Brazilian champion, liberatorsMiner and Brazil’s Cup. But I will not lie and hide. It’s not an excuse, it’s reality. But the players will always show up to fight on the field to defend Cruzeiro and the fans. They’ll do their best. The most important thing is to stay in Serie A”.