see Glover Teixeira’s record before the fight against Jamahal Hill 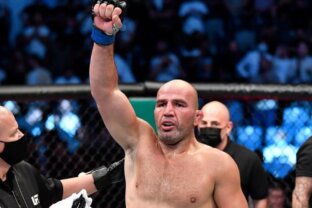 The UFC 283 main-event could be the pinnacle of the seasoned Glover Teixeira’s career. Although he already won the light heavyweight belt in 2021, now the opportunity is at home, and resuming the division title will have a different flavor.

But Glover’s path wasn’t easy at all, and to get here, the man from Minas Gerais faced great people, and has a vast record of outstanding fights. THE Torcedores.com then recalls the light heavyweight title challenger’s numbers.

According to the website ‘SuperLutas’, Glover Teixeira will have his 42nd fight in his career, with 33 wins and 8 losses until the moment. Now if we count only the period in the UFC, they are 16 wins and 6 losses. Among the victories, the most common method is the knockout, with 18 so far. Among the defeats, there were 4 by decision and another 4 by submission or knockout.

Glover’s most notable victory was certainly when he won the light heavyweight belt against Jan Blachowicz at UFC 267. On that occasion, the result came in the 2nd round, after a choke submission.

if @GloverTeixeira & @JamahalH have their way, the #UFC283 main event won’t be needing the judges 💥

UFC 283 takes place this Saturday (21), at the Jeunesse Arena, in Rio de Janeiro, and will have full coverage of the Torcedores.com