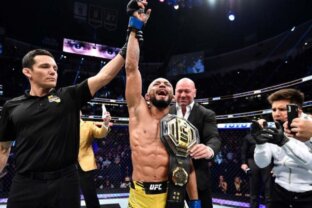 Deiveson Figueiredo and Brandon Moreno star in one of the greatest rivalries in MMA history, and next Saturday (21), at UFC 283, they will have their fourth fight between the two, once again worth the flyweight belt.

But Deiveson’s path doesn’t just pass through Brandon, and to get here, the man from Pará has faced big people, and has a vast record of outstanding fights. THE Torcedores.com then remember the numbers of the current UFC flyweight champion.

According to the site ‘SuperLutas’, Deiveson Figueiredo will reach the 25th fight of his career, with 21 wins, one draw (precisely against Brandon Moreno), and only two losses (one of them also to Moreno). Now if we count only the period in the UFC, there are 10 victories and the same two defeats. Among the victories, the most common method is knockout by punches and submission via guillotine choke.

Among the most outstanding victories are the battles against Brandon Moreno, and the triumph against Joseph Benavidez, who gave him the belt for the first time.

We are TWO DAYS away from our return to Rio 🇺🇸

UFC 283 takes place this Saturday (21), at the Jeunesse Arena, in Rio de Janeiro, and will have special coverage from Torcedores.com