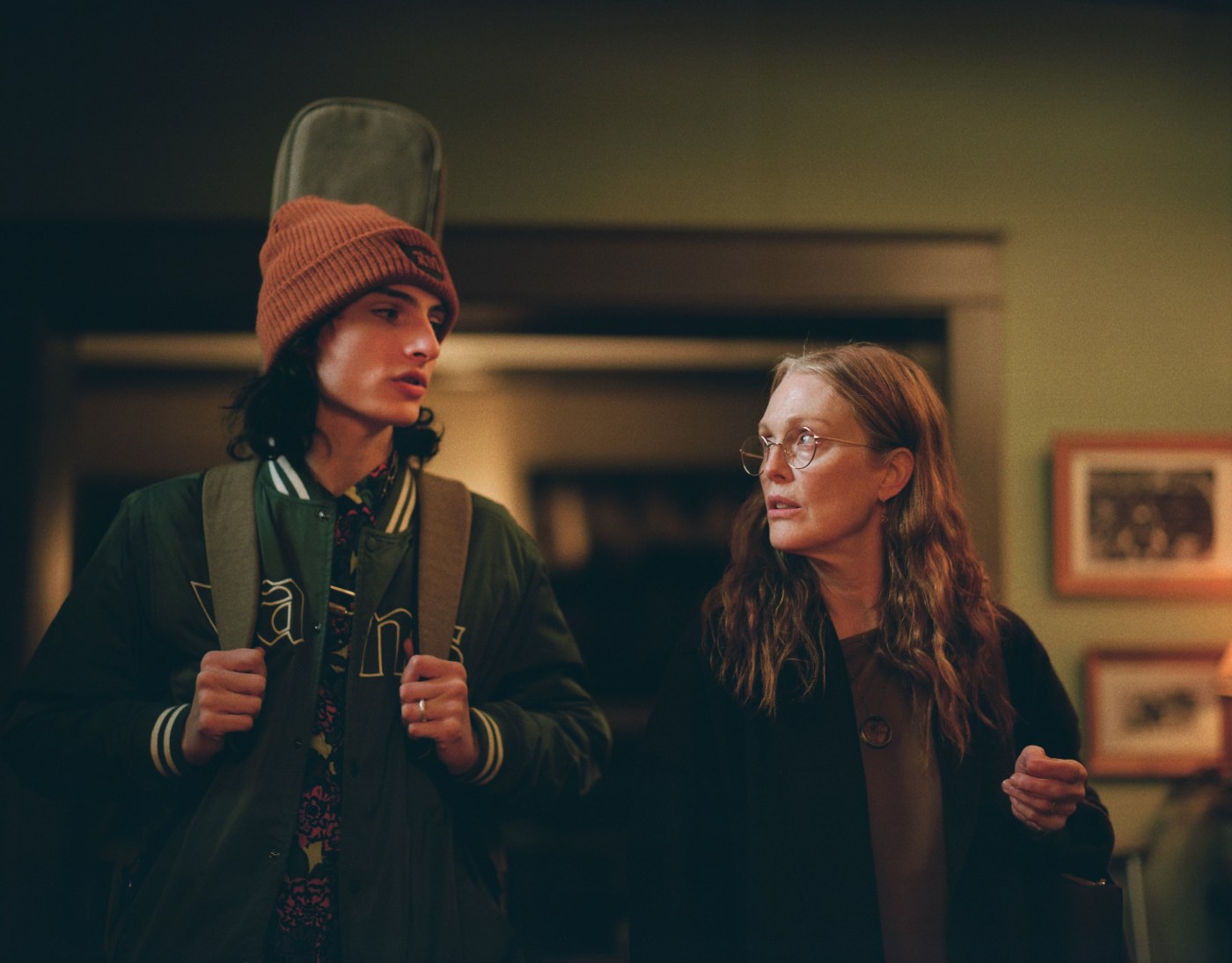 “When You Are Finished Saving the World”

Fifteen years ago, actor Jesse Eisenberg (“The Social Network”) might have starred in the scornfully titled “When You Are Finished Saving the World.” Today, he has written and directed this comedy-drama about an overachieving mother named Evelyn Katz (Academy Award-winner Julianne Moore), who runs a women’s shelter that she founded, and her high school senior son Ziggy (Finn Wolfhard, TV’s “Stranger Things”), who livestreams his music to his 20,000 followers from around the world and only cares about how much money he makes entertaining them (it’s not much).

Set in Indiana and shot in Albuquerque, “When You Are Finished Saving the World” also features Jay O. Sanders as Evelyn’s academic husband and Ziggy’s overachieving foodie father, Roger. Ziggy’s problem, aside from living in the Ziggy bubble, is that the girl he likes at school, Lila (Alisha Boe, TV’s “13 Ways Reasons Why”) is passionate about world politics and even writes a poem about the history of the much-colonized Marshal Islands. Evelyn tells Ziggy that his livestreaming scheme is “a tautological nightmare.” That’s how Evelyn and her husband speak. Ziggy’s favorite word is “lift,” meant as some kind of compliment. He plays “folk/rock with alternative influences.” Lift.

His mother listens to Chopin, Bach and Schubert in her Smart car. Ziggy, who gets a lift from school now and then, is in agony hearing her music. When an abused wife (Elenore Hendricks, “The Mountain”) brings herself and her 17-year-old-son Kyle (Billy Bryk, “Ghostbusters: Afterlife”) to the shelter, Evelyn decides to help the kind and thoughtful young man get into Oberlin, even though he has expressed a desire to work at his father’s auto repair shop after he graduates. Kyle is obviously a stand-in for Ziggy, who didn’t turn out the way Evelyn might have liked, Perhaps, she can get a do-over with Kyle.

Evelyn begins behaving oddly, taking Kyle to an Ethiopian restaurant and bringing him leftover pot roast. For his part, Ziggy puts Lila’s Marshall Islands poem to music and plays it on his platform. He brags to Lila about how much money he made. She explodes.

“When You Are Finished Saving the World,” a title I might believe Eisenberg created to annoy critics who have to type it over and over, is about a mother and son who have not only lost touch with one another, but have also lost the ability to appreciate each other. While we hear Roger discuss suicide among young people with Ziggy and we worry what Evelyn might get up to with 17-year-old Kyle, this is a film about people who steer clear of extreme behavior for the most part. Arguably, the most painful thing in the film is a scene in which Ziggy tries to write a political song, rhyming “congressmen” with “oxygen.” Moore, Wolfhard, Sanders, Bryk and Boe make a fine ensemble and handle the acting chores with aplomb.

(“When You Are Finished Saving the World” contains profanity)