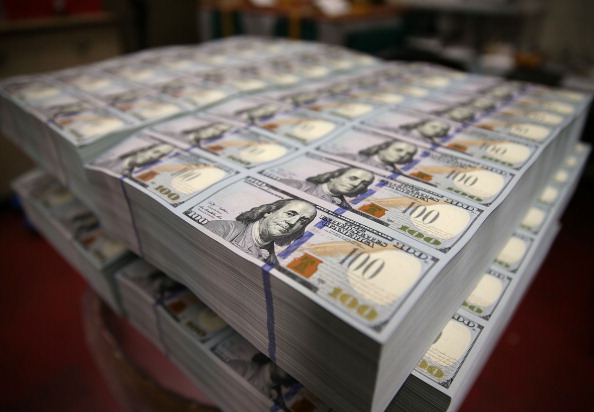 A Quincy man took the fight against inflation into his own hands.

Unfortunately for Victor Cardona, 34, counterfeiting more than $467,000 in U.S. currency is against the law.

He’ll have plenty of time to consider it now that, on Wednesday, U.S. District Court Chief Judge F. Dennis Saylor IV sentenced Cardona to 41 months in prison — which is three years and five months to be followed by two years of supervised release and a $5,000 fine — to be paid in real money.

“Victor Cordona coordinated and participated in one of the most successful currency counterfeiting operations in recent Massachusetts history,” assistant U.S. Attorney Adam Deitch wrote in a Monday sentencing memo.

According to the prosecutor, Cardona had set up a counterfeiting facility in his own home and over the course of a “just a few years” had cranked out four thousand fake $100 bills.

“And beyond the mere production of the counterfeit currency,” he wrote in the memo, “Cardona successfully engaged a team of subordinates to travel the country attempting to spend the fake money and convert it into authentic currency.”

Modern $100 bills feature all kinds of security features, according to the U.S. Currency Education Program, and was last redesigned in 2013.

Those security measures include an embedded thread, which runs vertically to the left of the portrait; a 3-D ribbon in which images of bells and the numeral “100” alternate as the bill is tilted; another bell in an inkwell that shifts color from copper to green as the bill is tilted; a watermark of Benjamin Franklin’s face to the right of the portrait; as well as a color-shifting ink to the numeral “100” in the lower right corner.

And you can’t just print bills on paper and get a promising result — bills are not “paper” after all, the government’s spec sheet says, but a mix of three-quarters cotton and one-fourth linen, with some blue and red fibers mixed in.

This last issue was easily solved in Cordona’s operation, according to federal filings. He just took a bunch of $1 bills and bleached them. He then ran them through his presses and ignored the 2013 security features by using an older design that’s still in wide circulation.

The Secret Service, however, began noticing in 2019 that fake bills passed all over, from the Bay State to Ohio, had one of only three serial numbers, according to the sentencing memo, so they started tracking the passers of these bills and found that what they all had in common were frequent calls from and to the same phone number — a number which turned out to be Corona’s.

Federal agents executed a search warrant at Cardona’s home on Oct. 30, 2019, and found his printing press: a couple Epson “all-in-one” inkjet printers; a paper shredder; burned remains of poorly made fakes in the backyard; a counterfeit detection pen; and even one of the fake bills in Cardona’s wallet.