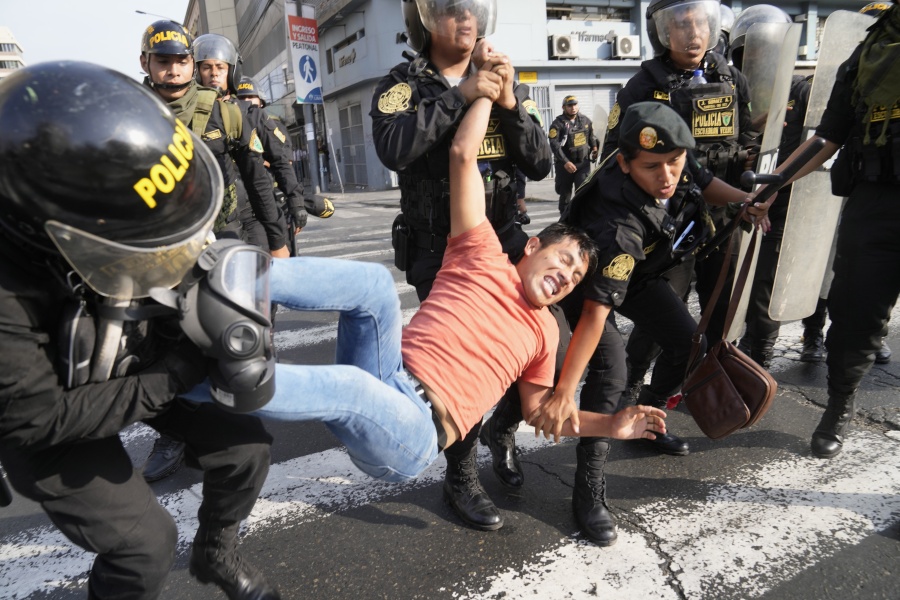 LIMA, Peru — Thousands of people poured into Peru’s capital, many from remote Andean regions, for a protest Thursday against President Dina Boluarte and in support of her predecessor, whose ouster last month launched deadly unrest and cast the nation into political chaos.

Police repeatedly fired tear gas into crowds of demonstrators as night fell Thursday, preventing them from heading into business and residential districts of Lima. The supporters of former President Pedro Castillo were demanding Boluarte’s resignation, the dissolution of Congress, and immediate elections. Castillo, Peru’s first leader from a rural Andean background, was impeached after a failed attempt to dissolve Congress.

“We have delinquent ministers, presidents that murder and we live like animals in the middle of so much wealth that they steal from us every day,” said Samuel Acero, a farmer who heads the regional protest committee for the Andean city of Cusco. “We want Dina Boluarte to leave, she lied to us.”

Anger at Boluarte was the common thread as street sellers hawked T-shirts saying, “Out, Dina Boluarte,” “Dina murderer, Peru repudiates you” and a call for “New elections, let them all leave.”

The protests have so far been held mainly in Peru’s southern Andes, with 54 people dying amid the unrest, the large majority killed in clashes with security forces.