Prosecutor asks that Daniel Alves be arrested without bail 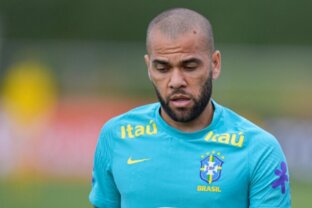 After the Justice of Catalonia accepted the complaint of the woman who claims to have been sexually abused by Daniel Alves, the player gave testimony this Friday (20). In this way, he was heard on condition that he was detained by the authorities and could be permanently arrested. According to information from the EFE agency, the Public Prosecutor’s Office requested that the Pumas player stay behind bars and without bail available, something that would make his release possible.

Now, the case is in the hands of the investigating judge, who will decide whether Daniel Alves will continue to be detained in Spain. Before taking the statement from the right-back, the person in charge of the process heard the woman who formalized the process so that the situation had a more detailed investigation. According to the party making the complaint, the 39-year-old player, without his consent, reached inside his underwear, which occurred at Sutton Nightclub on 30 December.

Due to the procedure applied, the police took Daniel Alves to the court in a car, but the Barcelona idol did not share the vehicle with other detainees. As well as in public statements, he denied having committed the crime.

“I was in that place, and anyone who knows me knows that I love to dance, but without invading anyone’s space, respecting spaces. And when you go to the bathroom, you don’t have to ask who’s there to use the bathroom. I don’t know who that lady is, I’ve never seen her. In all these years I have never invaded anyone’s space without authorization.“, he told Antena 3.

10 minutes later, Daniel Alves leaves the club. According to the site, the woman began to cry uncontrollably.

If arrested, Daniel Alves will be prevented from continuing to play for Pumas. Choosing to remain in Mexican football after the World Cup, the winger entered the field on January 8, against Juarez, a duel in which he provided an assist in the 2-1 victory for the Mexican Championship.