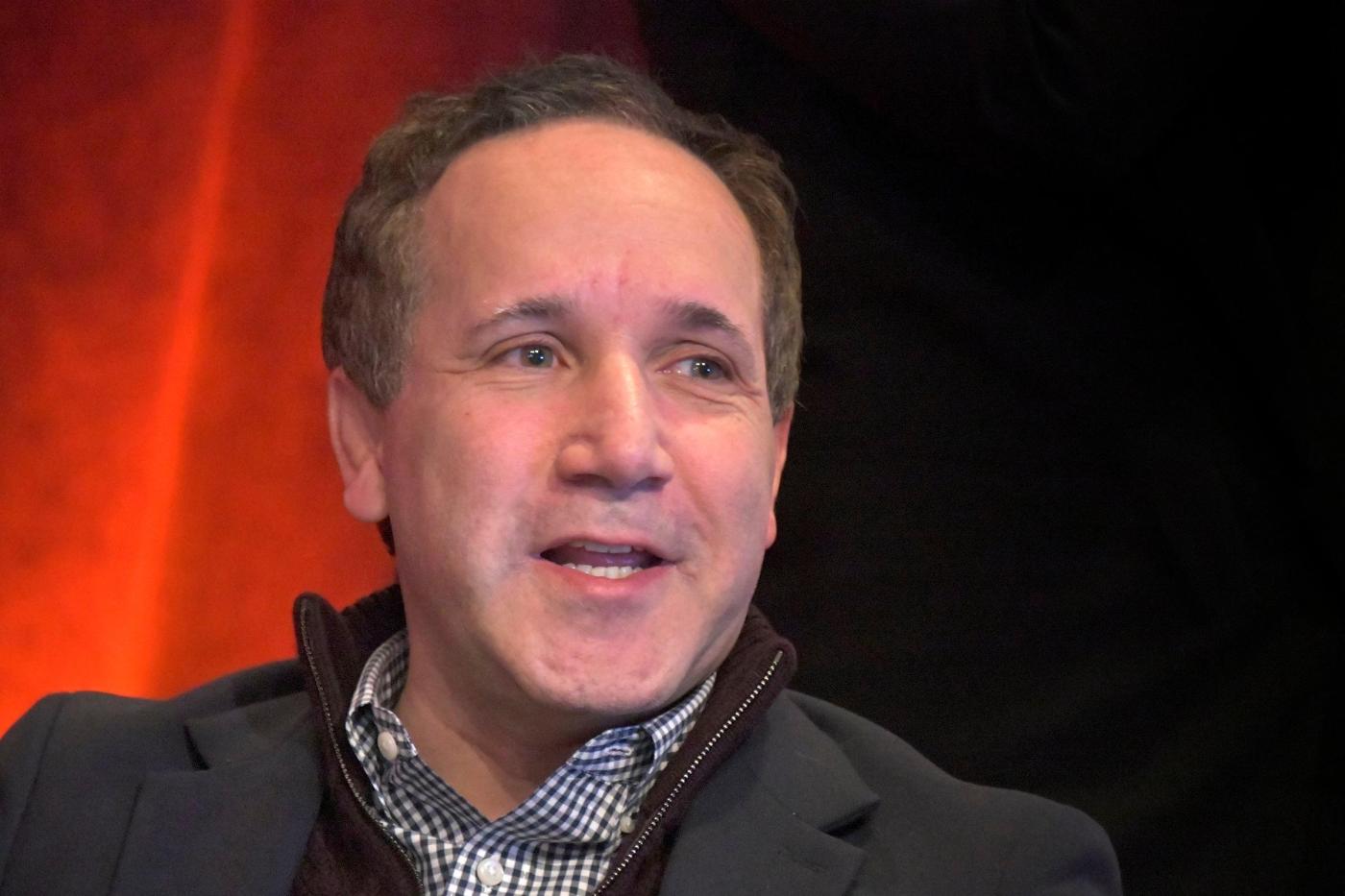 Orioles CEO and Chairman John Angelos used Martin Luther King Jr. Day as an occasion to announce a significant investment from his team toward students in Baltimore. He also used the holiday as a reason to take umbrage with questions regarding the operations of the club.

Alongside Baltimore Mayor Brandon Scott on the sixth floor of the B&O Warehouse at Camden Yards, Angelos announced that the Orioles are pledging $5 million to the CollegeBound Foundation, a Baltimore-based nonprofit that helps the city’s public school students get into and complete college. Cassie Motz, CollegeBound’s executive director, said the donation matches the foundation’s yearly operating budget, calling the gift “transformative.”

After a 13-minute conversation between him and the mayor to open the news conference, Angelos bristled at questions related to the team for which he serves as the control person in the eyes of Major League Baseball. Monday marked his first public media availability in almost a year and since, his family has become embroiled in legal infighting, with lawsuits between his brother, Louis, and Angelos and his mother, Georgia, regarding the estate of the family patriarch, Orioles principal owner Peter Angelos. The combating lawsuits have included claims about the club being moved or sold.

Also, the Orioles’ lease with the Maryland Stadium Authority is set to expire at the end of this year, with the club having the option to exercise a one-time, five-year extension by Feb. 1. The neighboring Ravens of the National Football League reached a new lease with the MSA this month, though their previous agreement had them set to play at M&T Bank Stadium through 2027.

Angelos has long been adamant the Orioles aren’t leaving Baltimore, saying in September 2019 that they would play in the city “as long as Fort McHenry is standing watch over the Inner Harbor.” He reiterated that stance Monday by saying, “We’re never going anywhere,” first noting he wanted to minimize talk of subjects between “between the lines.”

“I think Dr. King would appreciate that, if we talked about what’s going on in the community a little bit more,” Angelos said.

A reporter from The Athletic then followed up by asking Angelos about his long-term plan for the organization amid his family’s legal battle, beginning a five-minute exchange in which he did not answer the question and closed by telling the reporter to “get some perspective on life.”

“With all due respect, that’s not an appropriate subject matter for this day,” Angelos said. “This day is about young people who are attempting — and by the way, I’m going to answer your question, but that’s not appropriate.

“There’s a vicious, virulent amount of racism historically through this country, and part of what we’re trying to do here is change that. So [your question is] really not important. It’s really not important at all in the grand scheme of things to people that are clear-thinking and who mean well and have a perspective to — on Martin Luther King Jr. Day, while we’re talking about putting kids that don’t have a shot in hell of anything because of where they were born through college — to be talking about those kinds of things. So I’m going to object to that question today, in this forum, before the mayor of Baltimore and all these people.”

After noting that his family owns 70% of the team, Angelos began to list the Orioles’ accomplishments in 2022, highlighting a 31-game improvement from 2021 and their top-ranked farm system that has produced two No. 1 overall prospects in Adley Rutschman and Gunnar Henderson. In 2023, the Orioles are projected to have the second-lowest opening-day payroll of MLB’s 30 teams, according to Cot’s Baseball Contracts. Angelos welcomed reporters to come back to Camden Yards to discuss on-field topics “next week, not on Martin Luther King Day”; a team spokesperson said after the event that she would work with Angelos to coordinate.

In his opening remarks, Angelos said he “couldn’t think of a more appropriate day than Martin Luther King Jr. Day as a day of service and a day of investment and reinvestment in community” to make the announcement of the organization’s pledge to CollegeBound, an organization that was founded in 1988 through a collaborative effort from then-Mayor Kurt Schmoke, the Greater Baltimore Committee, Baltimoreans United In Leadership Development and local business leaders seeking to help more city students get into college. Motz said the Orioles’ donation will help “thousands” of students over however long the funds are spread out, with Angelos saying the team will work to find a solution that “makes sense to the effort.” Motz learned the amount of the team’s gift for the first time when Angelos announced it, saying it brought tears to her eyes.

“You can tell I’m an Orioles fan,” she said, motioning to her orange jacket. “But this does seal the deal.”

Pooja Sunar, a Baltimore Polytechnic Institute student who will go to Loyola University Maryland, said the Orioles’ donation will help her and her peers believe “we can amount to something.”

“Coming from such a huge institution, they’re kind of raising the waves towards striving towards equity for students like me, people of color, students of color, coming from underprivileged backgrounds, and uplifting them,” she said. “It’s really helpful to see that we have people to have our back.”

That in many ways echoed what Angelos said was the Orioles’ goal with the donation, hoping to create an even playing field for students regardless of their backgrounds. He and Scott both mentioned the possibility the gift leads to CollegeBound eventually producing another mayor of Baltimore or a president of the Orioles, with the team’s commitment also including paid internships for the foundation’s students.

Angelos recalled that when his father was a member of the Baltimore City Council in the early 1960s, ending segregation was among the legislative topics.

“It’s hard to believe that in our lifetimes, that was ever a thing, as the kids say today, right?” Angelos said. “But it was a thing, and the way that we ensure that it’s never, ever a thing again, and that we take this community and this society in a different direction, is investing in educating in the best and the brightest, irrespective of their background or their color of their skin or their race or what nationality they come from.”

Near Perpignan. The spectacular rescue of a young biker who fell into a ravine