NOT REAL NEWS: A look at what didn’t happen this week 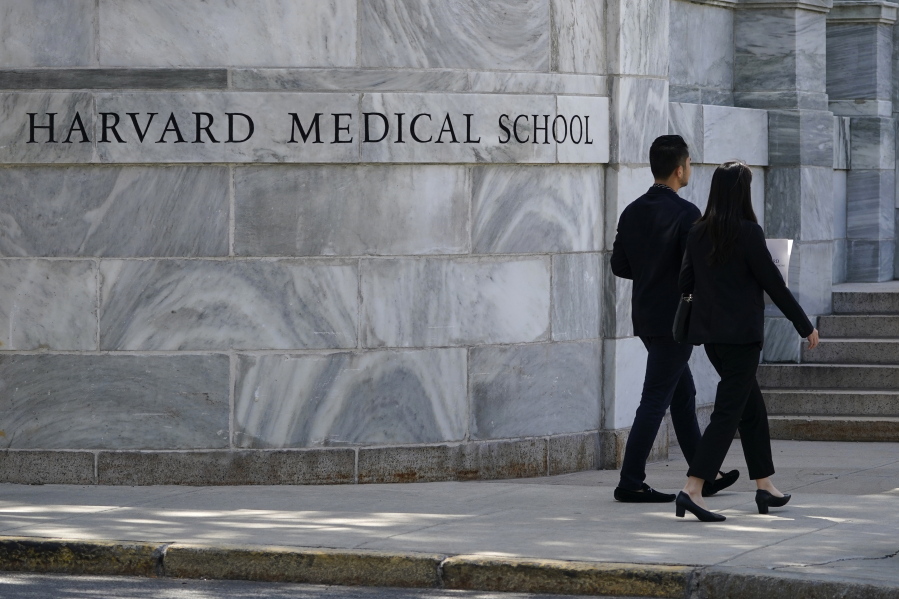 A roundup of some of the most popular but completely untrue stories and visuals of the week. None of these are legit, even though they were shared widely on social media. The Associated Press checked them out. Here are the facts:

CLAIM: A graph from the National Oceanic and Atmospheric Administration displaying land and ocean temperatures over the last eight years shows that the Earth has been cooling, not warming, proving that global warming from carbon emissions is a hoax.

THE FACTS: A small portion of the graph showing only the period from 2015 and 2022 has been taken out of context to make the incorrect claim. The larger graph from which it was isolated displays temperature trends over more than 140 years, showing a dramatic upward trend. Social media users misrepresented the graph to support the erroneous claim that global temperatures are falling rather than rising, meaning global warming is “a hoax.” The graph being shared online appears to show a slight downward trend, with a note saying the overall temperature decreased 0.11 degrees Celsius during the 2015-2022 period. “The 8-year temperature time series shows the annual global mean surface temperatures for the most recent eight years,” said Jeffrey Hicke, a professor at the University of Idaho’s Department of Earth and Spatial Sciences. “It is accurate as shown, but is misleading.” That’s because while the last eight years trended slightly downward, this small period of time was greatly impacted by natural El Niño and La Niña cycles, experts explained. Zooming in on just this period does not discredit the overall upward trend of global temperatures over the past century. The full NOAA graph, which displays temperature trends from 1880 to 2022, shows a dramatic rise in global average temperatures. Hicke said the graph in its full context is “much more appropriate for assessing the influence of human activities on climate.” NOAA’s National Centers for Environmental Information said in a statement that although the climate is warming, it is also subject to natural variability as it is impacted by weather events such as El Niños and La Niñas. El Niños bring unusually warm temperatures across the central and eastern tropical Pacific Ocean, while La Niñas bring unusually cool temperatures. During El Niños, global temperatures tend to be warmer than in years when La Niñas were present. In its statement, NOAA said that 2015-2016 experienced a strong El Niño, which helped boost global temperatures to record highs. But since then, about three La Niñas have helped slightly cool global temperatures. “The selected timeframe from 2016-2022 can create the appearance of a cooling trend,” the agency said, adding, “this is why when computing trends we use timescales of at least 10 years.” John Knox, a professor at the University of Georgia’s Geography Department who studies the dynamics of weather and climate, said the claim in the tweet “is a classic example of cherry-picking the end points of a time series to seemingly prove a false point.” “It’s a very short period of time, which reduces the statistical significance of claims of a trend,” he wrote in an email, adding, “The rising temperature trend over the decades is obvious.”

THE FACTS: The course is a month-long elective about health care for LGBTQ patients. Only one day focuses on infants and it does not cover their gender identity or sexual orientation, the class’s professor told The Associated Press. In recent days, conservative websites and online commentators have distorted the content of the class, as social media users point to it as an extreme example of gender-affirming health care. “Harvard is teaching medical students about transgender infants,” wrote one Twitter user, whose post had gained almost 10,000 likes as of Tuesday. But these claims misrepresent what the class actually teaches about infants. The course — titled “Caring for Patients with Diverse Sexual Orientations, Gender Identities, and Sex Development” — teaches only about the physical development of babies who are born intersex, according to Dr. Alex Keuroghlian, the associate professor who teaches the class. The term intersex describes people born with reproductive organs, hormones or other traits that don’t fit typical definitions of male or female. These conditions may or may not be noticeable at birth, explained Dr. Arlene Baratz, who is the medical and research affairs coordinator for the intersex advocacy group InterConnect. A transgender person is someone whose gender identity — whether they feel like a girl, boy, neither or both — differs from the gender they were assigned at birth. The term transgender is not synonymous with intersex. Parents and families of intersex children “have questions about health implications of these physical variations,” Keuroghlian told the AP. “Medical students need to know how to provide this care.” As part of the course, students also study how to care for non-infant patients and focus on disciplines such as psychiatry, endocrinology, dermatology and infectious disease. Physical differences in an intersex infant’s genitals “can be obvious in a newborn and usually triggers a cascade of medical attention including an evaluation to discover the underlying cause,” Baratz said in an email. Sean Saifa Wall, a co-founder of the Intersex Justice Project, said that an infant’s physical sex characteristics are apparent long before they have a sense of what gender is, or which gender they feel like. He said conservative critics were “purposefully conflating” the two. Older children who experience gender dysphoria — feelings of distress about their assigned gender — may seek out transition-related health care to relieve those feelings once they’ve reached puberty. But surgeries and hormones are not given to young children or infants for this purpose, despite some misleading rhetoric.