NÎMES Marina Heredia, between pain and the sacred 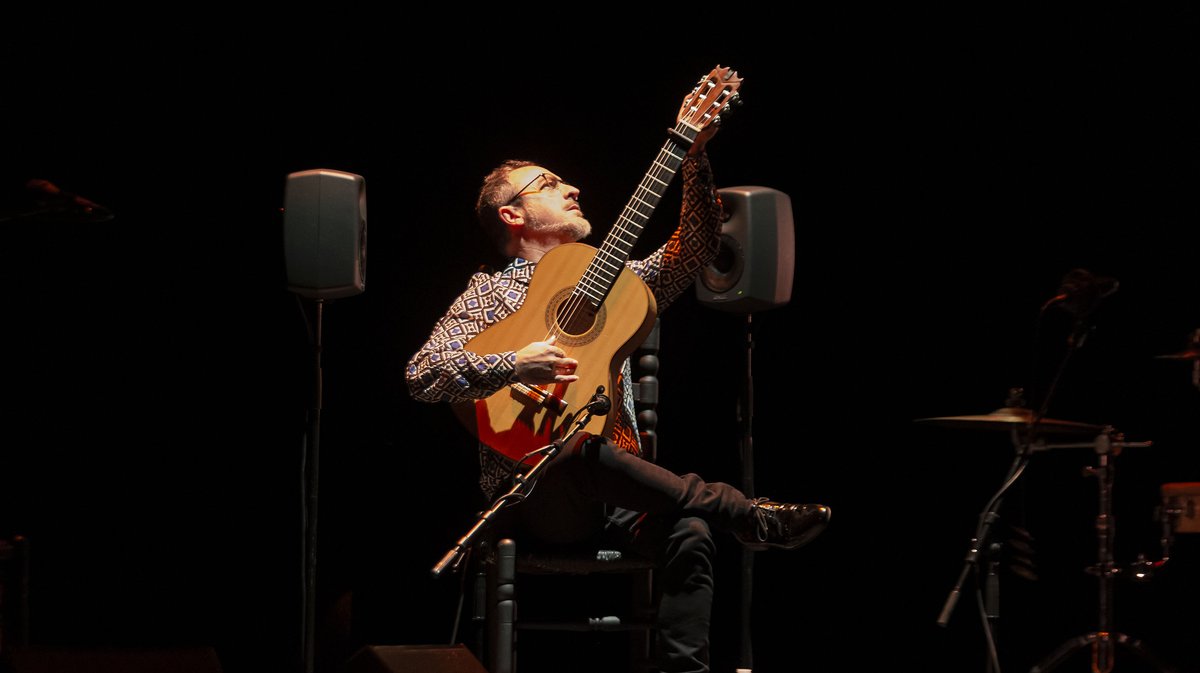 After the success of Ana Morales at the opening of the 33rd edition of the Flamenco festival dear to François Noël, the Nîmes theater welcomed the cantaora Marina Heredia. The singer from Granada offered the public of Nîmes a flamenco recital between pain and the sacred.

After the dancers, the singers! There were only a few jump seats available in the Bernadette-Lafont room of the Nîmes theater last night, where Marina Heredia sang a traditional Flamenco, in the pure tradition of the foothills of the hill of San Cristóbal, in Granada, one of the cradles of universal flamenco. The Grenadine, granddaughter of Rosa Heredia, Rochinaan immense gypsy matriarch singer, perpetuates the tradition of gypsy flamenco.

Accompanied on guitar by the inseparable José “Bolita” Quevedo, by Paquito González on percussion and palmas (choir and applause) by Fita Heredia and Anabel Rivera, the cantaora recites in songs texts by the poet Federico Garcia Lorca from the beginning of the 20th century century, which tells the story of the gypsy people and their arrival in Spain from the south.

From the start, the diva connects with the Nîmes public and tells in Spanish that she has already come here when she was “embarazada”, pregnant and that she feels a little lighter today. On the stage, the quintet is seated on chairs. It is the faithful Bolita who opens each song on the guitar. Then he puts his hand on the ropes and turns to her. The silence welcomes a gypsy voice, powerful but soft. Deep, melancholic but happy tienos. His musical interpretation is close to historical cantaoras, a modern version, accessible to contemporary audiences. She retires, majestic, and José Quevedo begins a solo. The guitarist from Jerez, driven by his creativity, improvises for several minutes, carried away by this unstable posture of Flamenco guitarists who hold their guitar on their right thigh, keeping the neck at chest level. Thus he seeks the chaos that will bring him back to order. Harmony that he manages to achieve, and the emotion that goes with it.

One foot in the ground, the other on the adventure

The public is conquered. Marina returns to the stage with a flamenco dress, black with white dots. She pays tribute to her uncle “Manolete”, flamenco dancer, god of farruca, who died in September. The palmas say “alleeeez”. The singer gets up and offers a paining tienos, turning her hands around her wrists in a smooth and sensual movement. This long black dress that wrinkles lets glimpse typical heeled shoes of flamenco dancers.

One foot in front of the other. One foot in the ground, and the other at random, she approaches the public. The song is danced. His deep voice is strong, powerful, close to the sacred. Sitting in the front row, you can see the emotion running through her skin. “Maravillosa, guapa”, launches the room. At the second reminder, the Nîmes public offered a half-standing ovation. The third reminder is for fun. Oeeee.