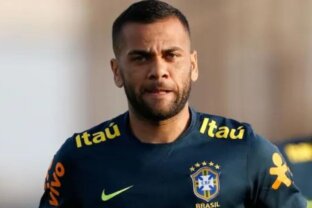 Daniel Alves is the most talked about subject in the world of football this Friday. In Spain, Judge Maria Concepción Canton Martín, of the Investigating Court 15 of Barcelona, ​​ordered preventive detention without bail. The player was arrested on charges of sexual assault. Milly Lacombe, a journalist for UOL Esporte commented on the case. According to her, the case has been unfolding and the arrest of the player may indicate that there is concrete evidence.

“Until then we thought it was a story, but it is still gaining details, even lurid ones. The fact that the Spanish Justice detained him indicates that the images perhaps prove some things and that the victim’s account is blunt, “she said.

The journalist also commented on the difficulty that women go through, in Brazil and in the world. Milly Lacombe also said that these cases are very serious and frightening.

“It’s extremely serious, frightening, astonishing, but it’s the reality of women in the world, that’s what women go through all over the world, our bodies are violable. Consent is a completely ignored concept for women’s bodies,” she said.

Note from the Court that arrested Daniel Alves

“The Pre-trial Court 15 of Barcelona received today, as detainee, the player Dani Alves, denounced by a woman for an alleged crime of sexual assault for events allegedly occurred in a disco in Barcelona last December. The magistrate agreed with the PROVISIONAL ARREST communicated and without bail for an open cause for the crime of sexual assault”, says the note.

The winger is no longer a Pumas player

In a press conference Leopoldo Silva, president of Pumas, commented on the case of Daniel Alves, the representative also said that the player is no longer part of the squad, confirming the termination with the player.

“With the information that occurred today about the lawsuit facing Daniel Alves, we communicate the following: Club Universidad Nacional (Pumas) has taken the decision to terminate, for just cause, the contract with the player Daniel Alves as of today”, he said.