Medals for the NASCAR Clash 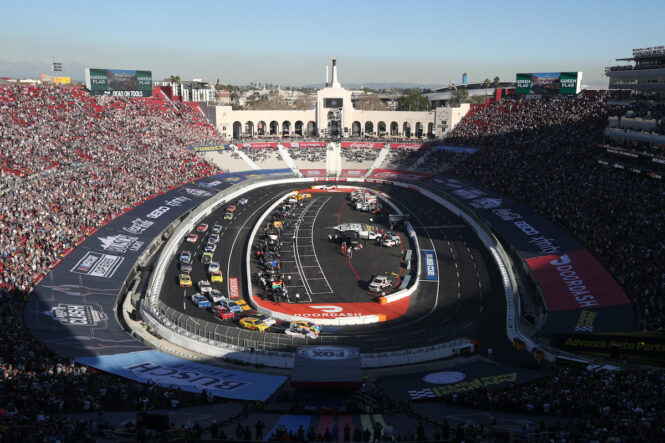 NASCAR will pay tribute on February 05 to the prestigious Olympic history of the Los Angeles Memorial Coliseum which hosts the Busch Light Clash, the non-championship opening round of the 2023 season.

The top three finishers in the race will receive gold, silver and bronze medals on a podium located directly on Victory Lane, in the shadow of the Olympic Cauldron at the historic compound.

The 77,500-seat site inaugurated in 1923 in memory of the soldiers of the First World War hosted the ceremonies and athletics events of the Olympic Games in 1932 and 1984 and will once again be the setting in 2028. It has already hosted several mechanical events such as Supercross, X Games or the very popular Monster Trucks.

The construction of the asphalt track with a development of 402 meters has already started, it is of course the shortest track in the history of the Cup Series but a clever mix of angle of turn and inclination allows holding a spectacular event. Divided into qualifying phases and classification races, the formula proved its worth in the inaugural round of 2022. 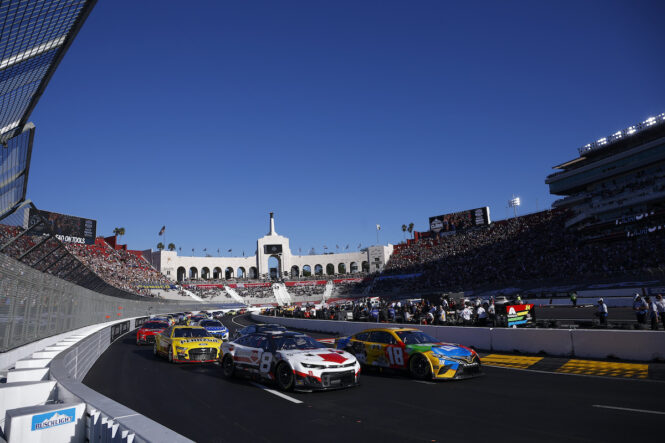 These medals will be made by Josten, the emblematic company in charge of making the winner’s rings for the biggest American championships such as the NFL (American Football), the MLB (Baseball), the NHL (Hockey), the NBA (Basketball) and of course Indycar and NASCAR. This more than a century old company is a veritable institution in the United States. The medals will bear the Busch Light Clash at the Coliseum logo on the rest and the NASCAR 75th Anniversary diamond logo on the reverse. 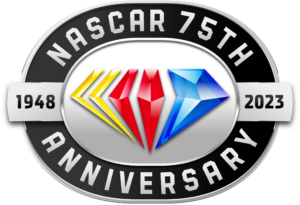 The 2023 NASCAR Cup Series Champion, Joey Logano had started the season that led him to the title victoriously. We will see in 2 weeks if history repeats itself…

READ ALSO> The LA Coliseum is preparing for the NASCAR Clash