Massa says Kubica could replace him at Ferrari 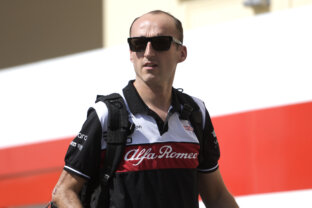 Felipe Massa spoke about a possible partnership between the driver Robert Kubica and Ferrari. According to the Brazilian, the Pole had signed a pre-contract with the team for the 2012 season and would be his possible replacement at Maranello. However, Kubica suffered a serious accident in a rally race in 2011, which removed him from the Formula 1 circus.

“It’s really good to see you back. Living your life, running and doing what you like. But I really feel sorry for him, I was sure he would take my place at Ferrari because he has done an amazing job in his career. I was sure that he was the name that would replace me at Ferrari. But that wasn’t a problem for me, because he deserved it.”, he declared in an interview with SwiatWyscigów.pl.

In his recovery process, Kubica returned to driving in Rally events and returned to Formula 1 in 2018, when he signed a contract to be a reserve at Williams. The following year, the Pole was able to play as a starter in the Grove team and migrated to Alfa Romeo, where he stayed as a reserve between 2020 and 2022.

For Felipe Massa, Robert would have a highly successful career in Formula 1. Before the accident that took him away from the circus, the Pole won the category aboard a BMW Sauber at the Canadian Grand Prix in 2006.

“But when the accident happened, I felt very sorry for him. It was unbelievable to see what had happened and that he was still alive. It was also unbelievable that a driver as good as him would miss out on an important opportunity in his career. I’m so sorry for what happened to him.”

“Now that we see him back and even racing… I never thought he would race again. Sadly, he missed out on a great opportunity for the amazing career he could have had in Formula 1.”

Felipe Massa drove for Ferrari until the end of 2013, being replaced by Kimi Raikkonen. Subsequently, the driver signed a contract with Williams, where he remained until 2017.