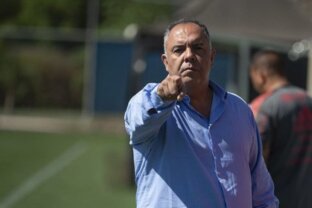 Brazil’s weak performance in the World Cup, the departure of Tite and the dismissal of some members of the technical commission, paved the way for the president of the CBF, Ednaldo Rodrigues, to reformulate the structure of the Brazilian National Team.

THE Torcedores.com found that Ednaldo Rodrigues is looking for a name that is unanimity to assume the position of director of selections of the Brazilian Football Confederation. After the failure of the team in the World Cup in Qatar, Juninho Paulista should not stay in the role.

In recent days, the names of former Brazilian national team players Mauro Silva and Paulo Roberto Falcão have been speculated. Despite this, Ednaldo Rodrigues is looking for a professional who has good rapport with clubs and managers to head up the coaching staff.

Faced with this scenario, Marcos Braz, vice-president of soccer at the Flamengo, grows more and more behind the scenes at CBF. He is the club officer, as per the Torcedores.com anticipated in December of last year, which has the highest rated work by Ednaldo Rodrigues.

Marcos Braz, who for the third time is at the head of red-black football, is seen as a great squad manager and capable of circumventing internal crises. According to some sources linked to the CBF, there is a lack of a professional with a firm hand to “hold the locker room” of the national team.

He is a real estate entrepreneur

Also according to the report, Francisco Noveletto, vice-president of the CBF, is the great enthusiast of hiring Marcos Braz. In addition to the Rio Grande do Sul leader, the commander of football in Flamengo it also has the support of some federation presidents.

Milton Dantas and Ricardo Lima, presidents of the Sergipe and Bahia federations, respectively, are leaders close to Ednaldo Rodrigues. In this way, they are important elements that have recently entered the circuit and that can be fundamental in this equation.

The CBF intends to announce by the end of February the new technical commission of the Brazilian National Team. The expectation is that Marcos Braz, if hired, will have the autonomy to choose the future coach who will lead the team in the cycle aimed at the 2026 World Cup.