Luan arouses interest from other teams and Corinthians makes a decision 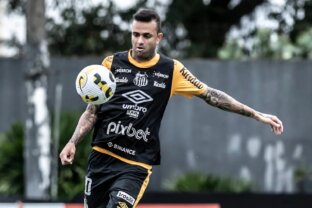 So far, one of Corinthians’ most complex decisions is what to do with Luan. The striker was on loan to Santos after being one of the most expensive salaries and not having space in Vítor Pereira’s squad. However, he did not establish himself at Peixe and should not gain space at Timão either, leaving a complex decision in the Alvinegro team, check it out.

The ex-Grêmio striker’s salary is R$800,000, and the bond only ends in December 2023. Timão has received surveys for Luan’s loan, but prioritizes that the contract be terminated, as it is not part of Fernando Lázaro’s plans .

Although the Board of Alvinegro seeks a friendly agreement to end the contract, the negotiation is not advancing. For Luan, the best option would be a proposal coming from foreign football, but there is no interest after several seasons without being at the highest level.

The attempt on loan with Santos would be for the athlete to regain the high level he had at Imortal, but that did not happen. Including, the negotiation made the striker even more undervalued, in addition to the doubt due to the age of the player who turned 29 years old.

The athlete passed the base categories at Tanabi and Catanduvense before being signed by Grêmio in 2014, where he debuted as a professional. At Tricolor Gaúcho he lived his best season playing 288 matches and managing to score on 75 occasions.

This good performance made Corinthians sign the player with the promise of repeating the feat. Without establishing himself and with some injuries, he played 2 seasons at Timão, playing 80 times and scoring 11 goals. On loan with Santos he scored 1 goal in 8 matches.