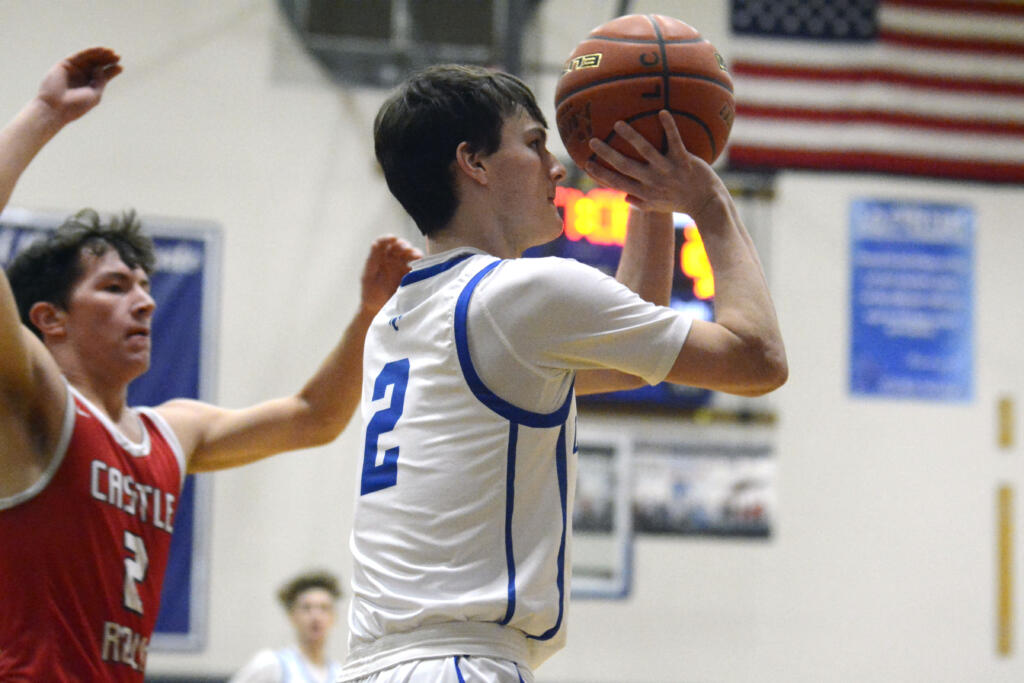 Nixon led the Wildcats with 24 points and Hylton chipped in 12 points.

“I got to hand it to them, they never gave up, they never dropped their heads,” Ecklund added. “There was a couple times where they looked frustrated, but kept battling. … It was a good win.”

At the halfway point of the regular season, the win kept La Center (7-8, 4-1) tied for first place with King’s Way Christian (8-7, 4-1) in a league with a lot of parity. Third-place Seton Catholic is one game out of first place and Castle Rock (6-7, 2-3) remains a dangerous team in fourth place.

“It’s going to be a dogfight,” Ecklund said.

The Wildcats had a young, inexperienced roster last season and it showed as the team finished fourth in the Trico League with an 8-16 record.

This year, Ecklund sees a team gaining experience and handling themselves with more composure. Players are also well aware of the program’s decorated history in recent years. Before King’s Way claimed each of the last two league titles, La Center had won three straight in 2019, 2018 and 2017 and with a pair of district championships as well.

“Guys all know the success that we had and last year we didn’t live up to it at all,” Ecklund said. “I think there’s a little bit of fire there. They want to get back on the winning ways. We’ve talked about getting back up on the banner — ‘every time you come into the gym from this point on, you’re going to see your team up there on the banner if you finish first.’ So that’s huge for these kids to see. Those are the goals that we have. We’ll see what happens.”