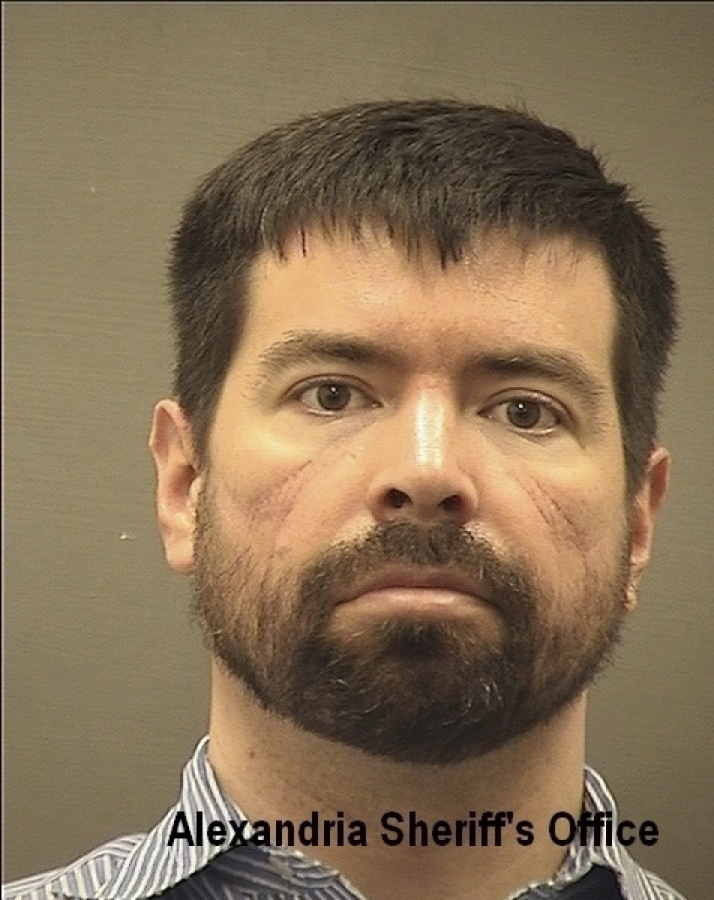 ALEXANDRIA, Va. (AP) — A jury has convicted a Navy reservist from Virginia accused of storming the Capitol on Jan. 6 on separate charges that he illegally possessed silencers disguised to look like innocuous cleaning supplies.

The conviction Wednesday night against Hatchet Speed in U.S. District Court in Alexandria comes a month after a jury failed to reach a verdict in his first trial, resulting in a mistrial.

At the retrial this week, the jury needed only a few hours of deliberation before convicting him on all three counts of unlawfully possessing unregistered silencers.

Speed’s case is noteworthy not only because of his alleged participation in the Jan. 6 riot with the far-right Proud Boys group, but also because he espoused antisemitic views in undercover recordings and discussed strategies for eradicating the Jewish population in the U.S.

The case against Speed in Virginia hinged on three devices he bought in March 2021 that the government argued were unregistered silencers. Speed contended the devices are “solvent traps” to collect excess liquid that spills out when a gun is cleaned.

Prosecutors said while the company selling the devices marketed them as solvent traps, they are designed to be easily converted into silencers, which is why people spend more than $300 for them.

The devices bought by Speed are made of titanium and contain baffles that would be found on silencers. They can be screwed onto the threaded barrel of a 9 mm handgun. A firearms expert for the government said it takes about 10 minutes to convert the device into a fully functional silencer by using a hand drill to make a hole in the end for a bullet to pass through.

Prosecutors said Speed obtained the silencers during a post-Capitol riot panic-buying spree in which he spent more than $40,000 on firearms, ammunition and accessories. He bought the solvent traps in March 2021 after learning that the delivery of several silencers he had just purchased would be significantly delayed by paperwork and registration requirements, they said.

Speed’s lawyers, though, contended that the devices were indeed solvent traps, not silencers. They said Speed never modified the devices to make them functional as silencers, and that he had no intent to break the law.

“Some of Mr. Speed’s thoughts may be distasteful but his conduct in this case was not criminal,” defense lawyer Courtney Dixon told jurors.

Prosecutors played recordings in which Speed told an undercover FBI employee that he understood the devices’ true purpose was as a silencer.

Prosecutors said the law governing silencers covers devices intended for use as a silencer, regardless of whether they are functional or sold under another name.

“The law does not allow that kind of gamesmanship,” prosecutor Thomas Traxler said in closing arguments Wednesday.

In recent years, the Bureau of Alcohol, Tobacco, Firearms and Explosives has shut down and seized several websites that sold solvent traps, including the one from which Speed purchased his devices.

Speed was taken into custody after Wednesday’s verdict and awaits sentencing in April. Each of the three counts contains a potential maximum sentence of 10 years. While Speed is unlikely to receive a maximum sentence, it’s likely that the sentence will exceed any term that is imposed on him for his participation in the Jan. 6 attack.

Speed is scheduled to go on trial in that case in Washington, D.C., later this year. The case involves four misdemeanor counts, including disorderly conduct in the Capitol. His lawyers there have filed a motion seeking to limit evidence to the jury about Speed’s ideology.

Speed is among more than 940 people arrested in connection with the riot in which former President Donald Trump’s supporters stormed the Capitol while Congress was certifying President Joe Biden’s 2020 election victory.