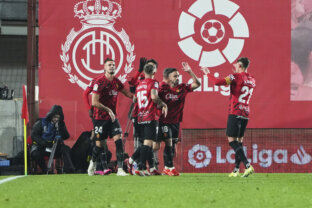 Celta de Vigo again lost a game in LaLiga and this time the executioner was Mallorca, who overcame Carlos Carvalhal’s team by 1-0, this Friday (20), at the Iberopark stadium. The stumbling block cancels the winning streak of the Galicia team, which was four games without defeat in the championship.

Both teams had a truncated first half, with few goal opportunities. However, Mallorca managed to triumph at the beginning of the second half, with Daniel Rodriguez.

With the disadvantage on the scoreboard, Celta tried to attack and reached a tie with former Benfica player Cervi. However, the bid ended up being annulled due to an impediment by the athlete. Carles Perez also took chances, but found goalkeeper Predrag Rajkovic on an inspired day.

The negative result brings Celta closer to the relegation zone, with 17 points in 16th place. On the other hand, Mallorca accounts for 25, being tenth in the Spanish league.