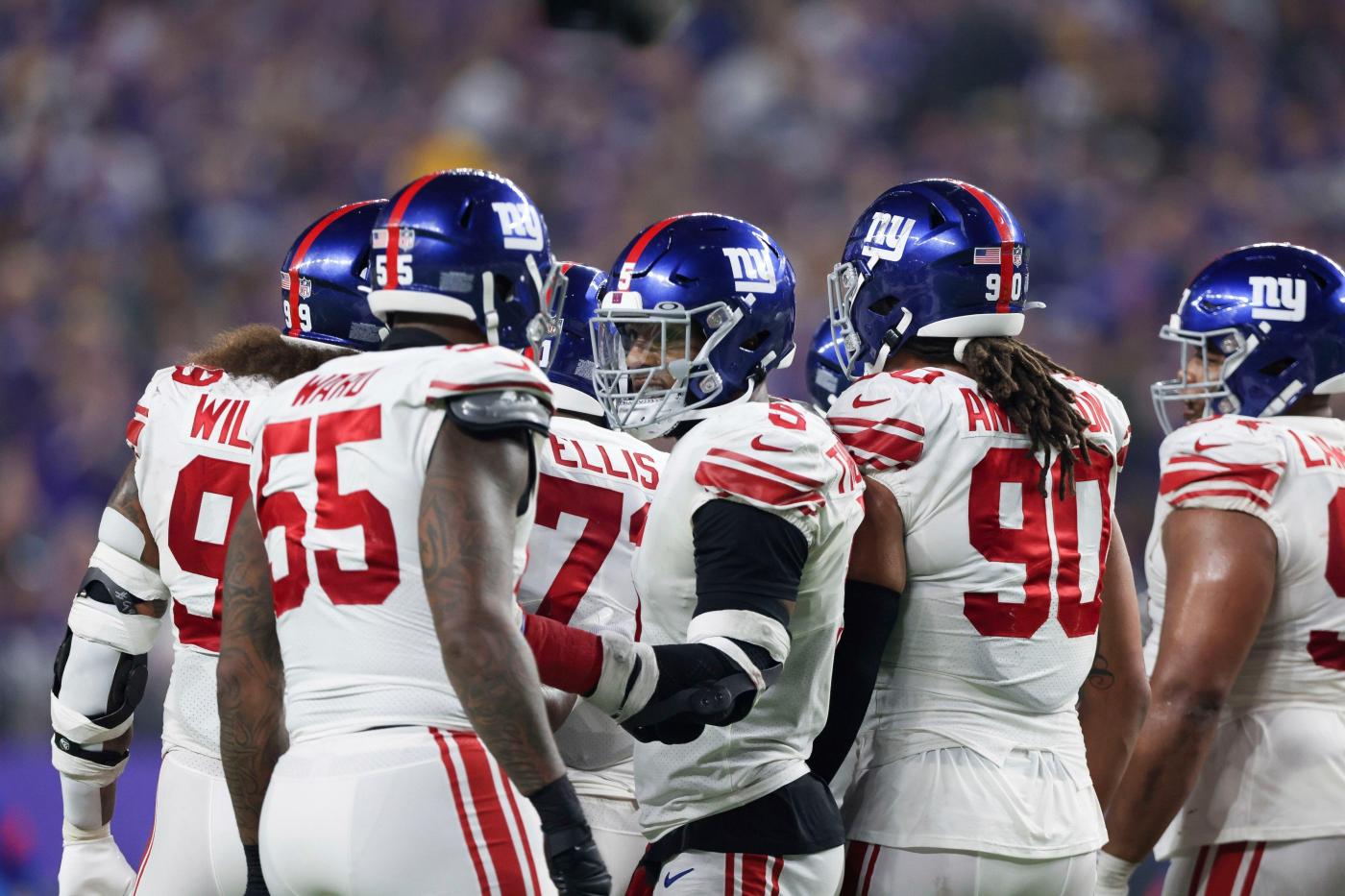 The Giants’ defense doesn’t appear to be anything close to championship material on paper. However, in recent weeks, Big Blue has shown they can keep up with some of the better offensive units in the league.

The Giants played the Eagles twice during the regular season and lost both times. But during Saturday’s NFC Divisional Round matchup, the Giants’ defense will look slightly different than it did earlier this season.

“We’ll wait and see how they view us,” Giants defensive coordinator Wink Martindale said. “I’m just worried about how we view ourselves and going to win this game.

“In the long-run now at the end of it, being in the playoffs, what it’s done is help prepare our younger guys like [safety] Dane [Belton] coming in the game. [He] didn’t flinch and played three different spots because I told you it’s a position-less defense. Credit to him and the way he studies the game, and he studies our package and their package. And he executed flawlessly.

The Giants ended the regular season ranked 25th in total defense (358.2 yards per game) and 18th in points allowed per game (21.8). However, they’ve played better in each of their last three contest.

In games against the Colts, Eagles and their wild-card win against the Vikings last weekend,

the Giants allowed an average of 308.7 yards and 18.6 points per game. What’s more encouraging is how the Giants made key stops against a Vikings offense that was ranked seventh in total offense (361.5 yards) and eighth in points per game (24.9).

Minnesota had two offensive possessions in the fourth quarter, but Big Blue forced a punt and Giants safety Xavier McKinney tackled tight end T.J. Hockenson on a fourth down play to give the Giants the seven-point victory. Defensive tackle Dexter Lawrence also played a considerable role in the win as he recorded two tackles and a team-high eight pressures against the Vikings.

Now the Giants will try to do what they were unable to do during the regular season, defeating the Eagles for the first time at Lincoln Financial Field since 2013 as road underdogs.

“You’ve got to go out there and play regardless of being excited, underdog, it doesn’t matter,” McKinney said.

With primary backups in the season finale against the Eagles, the Giants allowed 135 yards on the ground. But Philadelphia only featured Hurts a little in their rushing attack as that was the first game since returning from a sprained throwing shoulder that kept him out for two weeks.

Hurts has had a tremendous 2022 season as he ranks passed for 3,701 yards, 22 touchdowns with six interceptions. He also ran for 760 yards and 13 touchdowns, which is the second-most by a quarterback in a single season in NFL history.

According to NFL NextGen Stats, the Giants played 65% of split-safety coverage against the Vikings, limiting Justin Jefferson to seven catches for 47 yards. Martindale is known for his aggressive defensive blitzes. But last weekend, the Giants showed they can also attack teams in other ways.

“I think with anything, you’re around certain guys for a while throughout the season, you start to grow, make the adjustments needed that they feel needed. Same with us offensively what we feel needed, but they’ve been doing a good job defensively.”