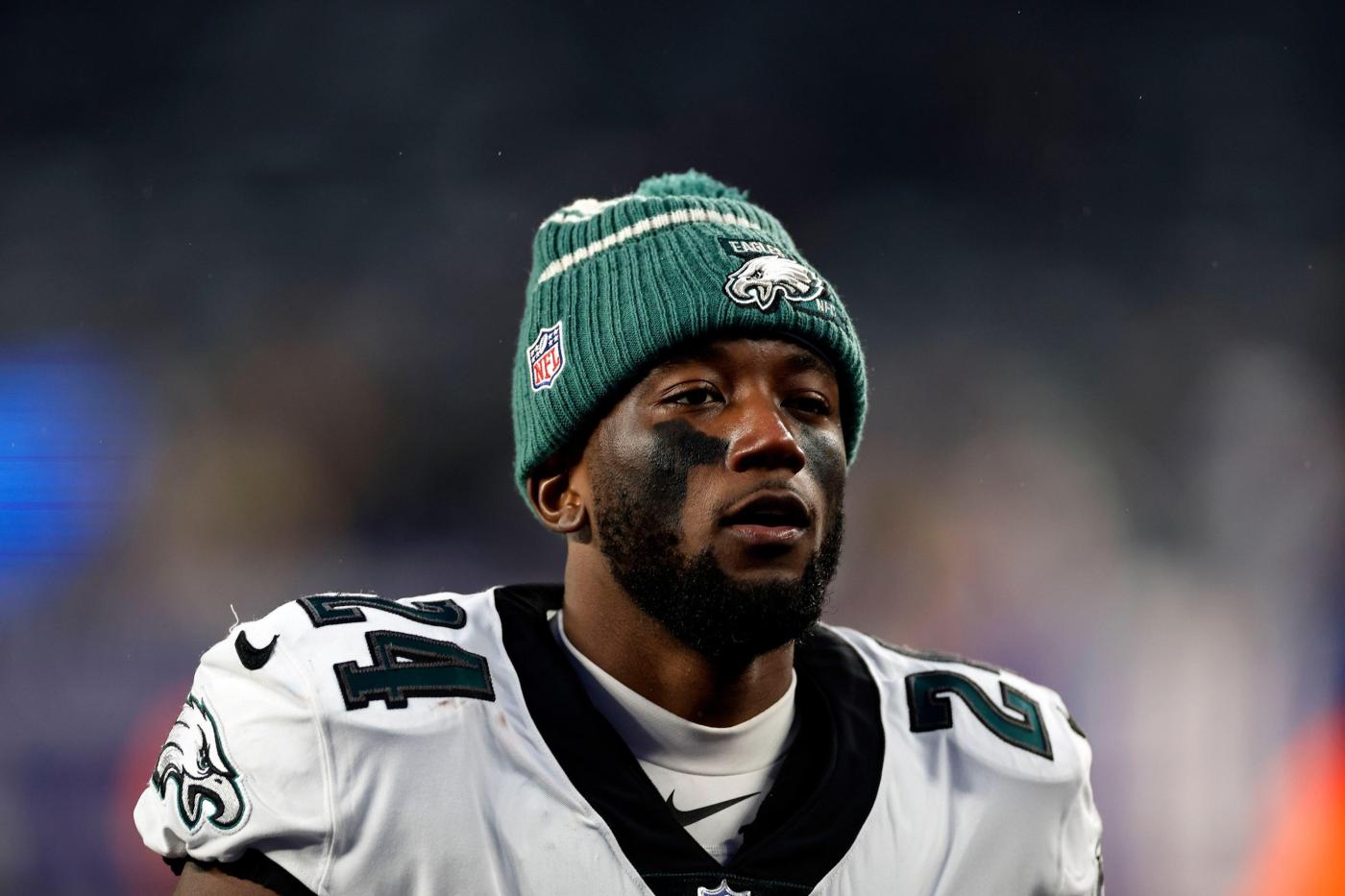 The Giants cut veteran corner James Bradberry in the offseason, for football and financial reasons. He signed with the Eagles. He stood out as a second-team Associated Press All-Pro in his first season in South Philly.

And now he’s aiming to beat his former Giants team a third time.

“I think it’s ironic,” Bradberry said Wednesday. “It would definitely be pretty sweet, first of all because we [would be] going on to the next round. It’s kind of like back in little league, when you’re playing a team across the city and you’ve got some friends over there.”

Eagles corner Darius Slay had galvanized the team prior to their first meeting with the Giants in Week 14, telling them it was personal for Bradberry so it should be personal for all of them. They responded with a 48-22 blowout win in East Rutherford, N.J.

Afterwards, Slay poured on the shade.

Slay and Bradberry make up one of the NFL’s top corner tandems in 2022. Defensive coordinator Jonathan Gannon said that’s because “those guys are high football character guys who want to be coached and do things the right way. That’s why you see them playing at a high level, because they continually improve.”

Bradberry isn’t running from wanting to beat his former team. But he said ultimately, he just wants to win and advance to get one step closer to a Super Bowl.

“Of course it’s my old team,” he said. “I know some guys over there. It’s probably a cool story. But at this point it’s win or go home, so I’m trying to win.”

Giants edge rusher Azeez Ojulari (quad) is listed as questionable and was moving gingerly at the start of Thursday’s practice. He is the only Giants player with an injury status. Corner Fabian Moreau (hip) remained limited and had a chance to receive a designation, head coach Brian Daboll said Thursday morning, but he came out OK and is good to go.

With Ojulari questionable, it would make sense if the Giants elevated Quincy Roche from the practice squad just in case. GM Joe Schoen and Daboll awarded game checks last week to healthy scratch practice call-ups Kalil Pimpleton and Jashaun Corbin. So they could do the same for Roche and another player, maybe wide receiver David Sills, with the bonus of having Roche available if Ojulari can’t go.

The other Giants who remained limited in practice but are good to go are LB Landon Collins (ankle), WR Isaiah Hodgins (ankle) and S Julian Love (hamstring).