Giddy Up! and Whoa Down! for NFL’s Divisional Round weekend – The Denver Post 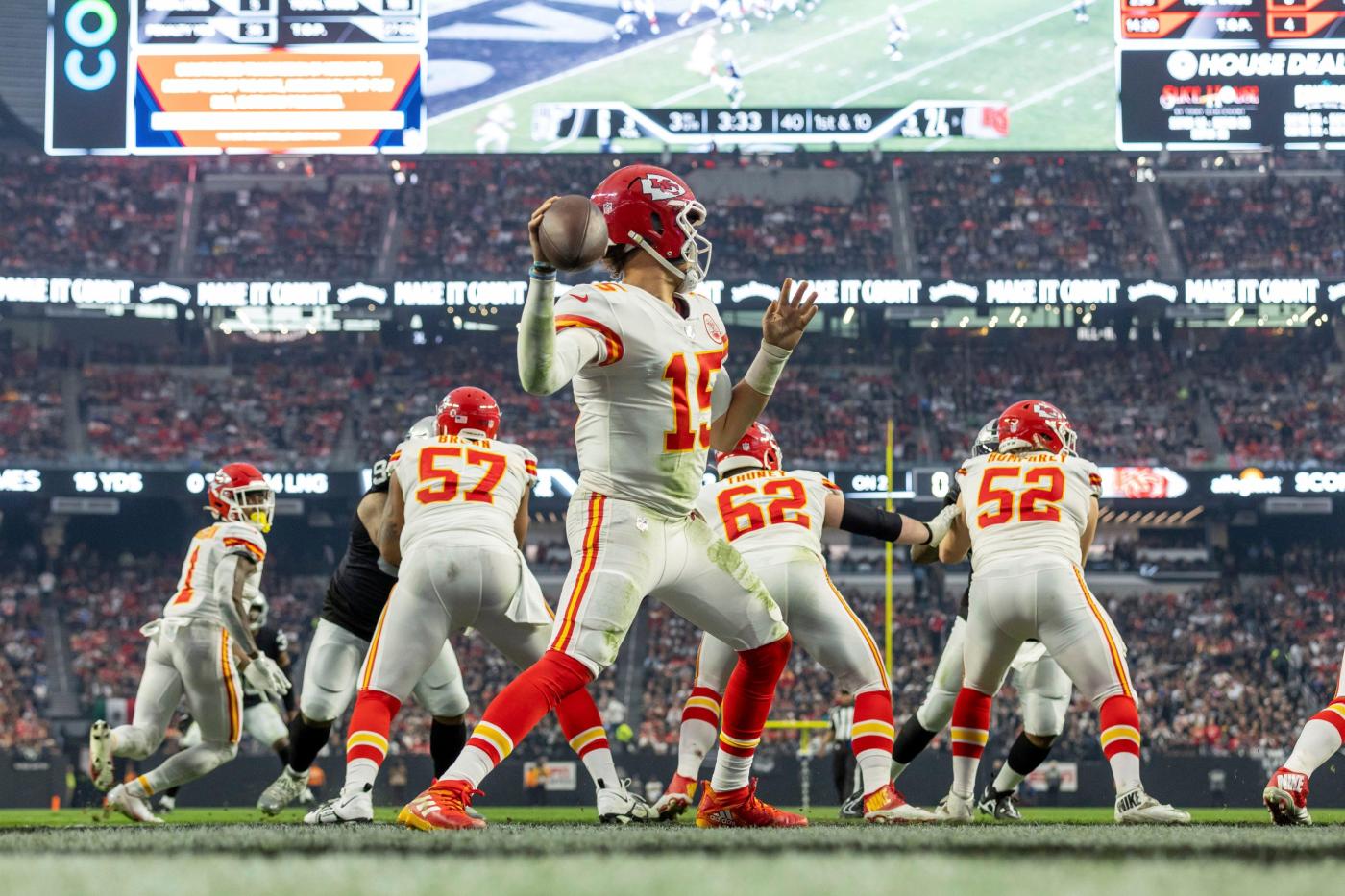 If we saw the last of Tom Brady on Monday night, it would be an unfortunate way to go for the seven-time Super Bowl champ. Love him or hate him, we should thank our lucky stars we witnessed the greatness of Tom Brady for 23 years. As we keep Fantasy Football going during the NFL playoffs, now is the best time to enlist the aid of FantasyGuru.com. Get a Daily News special 30% off by entering the code NEW30 for instant savings. Let’s look at our Giddy Ups! and Whoa Downs! for the Divisional Round.

Patrick Mahomes, QB — The Jacksonville D is good, not elite. Against young guns named Dobbs, Mills and Streveler (471 combined yards, 1 TD) they held their own. But facing big guns Mahomes, Prescott and Goff, they surrendered 929 yards and nine TDs.

Josh Allen, QB — Playoff Josh competes at a different level. He had the most passing yards (352) of all QBs last weekend, with three TDs. Throw in two end zone juggles and a dropped 50-yarder, and Josh would have had five TDs and 400 yards. Pay up for him against the Bengals in DFS. He’s worth it.

Isiah Pacheco, RB — Do you want a guaranteed 12 points in DFS? Start Pacheco. Over his last eight games he’s averaged 12.6 points, with no game under 10 and no game over 16 points.

Travis Etienne, RB — You don’t go to Kansas City for the playoffs hoping to win an air war. The Jags must keep Mahomes off the field by feeding Etienne. He’s been heating up since December with 100 or more yards in three of his last five games.

Isaiah Hodgins, WR — A superstar WR at Oregon State, Hodgins was a 2019 finalist for the prestigious Biletnikoff Award, given to the most outstanding college wide receiver. The other finalists were guys you’ve probably never heard of: CeeDee Lamb, Justin Jefferson, DeVonta Smith, Jerry Jeudy, Michael Pittman and winner Ja’Marr Chase.

Ja’Marr Chase, WR — Much of the Bills’ good fortune against Miami was thanks to the football phantoms, who spirited away at least two huge drops each by Jaylen Waddle and Tyreek Hill. Facing the dynamic Chase, the Bills need these specters to haunt Buffalo another week.

Dawson Knox, TE — Only six teams give up more yardage to TEs per game than the Bengals. Knox has been on a roll, with a TD in five consecutive games. Since 1970, only Rob Gronkowski and Travis Kelce have a longer streak for tight ends.

Jalen Hurts, QB — Hurts’ career passing stats against the Giants averages an underwhelming 193 yards with four passing TDs. It’s his scrambling that’s disconcerting, running for 77 yards twice. D-coordinator Wink Martindale will need his linemen to play gap-sound defense but still put pressure on Hurts, because he has an QB rating of 82.4 (second best) when unpressured.

Brock Purdy, QB — The Cowboys just dismantled the great Tom Brady, but this poised rookie has been prolific, with two or more TD passes in seven straight games. I’m not down on Purdy this week, but it’s the NFL playoffs. All eight remaining QBs are terrific. Someone has to finish last.

Joe Mixon, RB – Mixon is averaging 38 yards in his last four games with one TD and the Bengals lost two offensive linemen last week. I don’t have mixed feelings on Mixon; he’s on my bench.

Ezekiel Elliott, RB — Against the vaunted 49ers D, it must be a Tony Pollard game. Even Troy Aikman was calling for Pollard (15/77) to get the ball more than Zeke (13/27) on Monday night. Leave Zeke and his 2.07 yards per carry out of your lineup.

JuJu Smith-Schuster, WR — Catching only three scores this year from a QB that led the NFL with 41 TD passes, I can’t start JuJu. His last three games he’s averaged 2 catches for 27 yards.

T.Y. Hilton, WR — The Cowboys signed the 33-year-old Hilton to add a spark to their WR corps. He looked spry against the Bucs but resist temptation and leave Hilton in retirement mothballs.

Dallas Goedert, TE — The G-Men manage to keep a lid on Goedert. He’s averaged three receptions for 25 yards with no TDs in his last three games vs. Big Blue.

Get 30% off the subscription from FantasyGuru.com, the finest source for Seasonal, DFS (Daily Fantasy Sports) and Sports Gaming advice. Just go to FantasyGuru.com and enter the code NEW30 for instant savings. Look for Fantasy Billboard every week in the Daily News and a separate column at FantasyGuru.com.