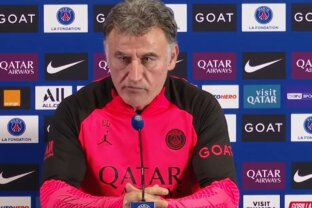 THE PSG faces this Thursday (19) a combination between Al Hilal and Al Nassr, in Saudi Arabia, in a friendly match worth a cup, pre-programmed in the contract. It will be Cristiano Ronaldo’s debut in Saudi football and one of the last meetings between the Portuguese and his rival, Lionel Messi, ace of the PSG.

The coach of the French team, Christophe Galtier, in an interview with RMC Sports, opened the game about the match and sent a warning: it will not be a training game.

“It may not look like a friendly, it will not be a training game. There are so many personalities and competitors on the field that we will have a good level game.”

Galtier, who arrived at PSG at the beginning of the current season, he said he was honored to participate in the reunion between Messi and Cristiano Ronaldo.

“It’s good for international football, for football in this region. It’s a great promotion of our sport. I think there will be an audience (…) Happy to participate in this meeting. with the world’s two most successful active players representing twelve Ballon d’Ors between them.”

The watchword at the club is to start over

The challenge of PSG, in addition to the French Cup match next week against Pays de Cassel, will serve to “start over”, according to Galtier. That’s because the team plummeted in 2023 and needs to resume the good football of the beginning of the season, before the World Cup.

“We must use this match and Monday’s match in the Coupe de France (against Pays de Cassel) to find rhythm on an individual level and more coherence on a collective level,” said the coach of the Paris team before the clash with the Saudis. . “And finally find a PSG who did well in the first part of the season before the World Cup and who is struggling to start again.”