friendly between PSG and Arab combined was marked by a rain of goals; Look 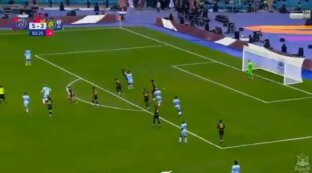 THE PSG went to Saudi Arabia to play a friendly with a match between Al-Nassr and Al-Hilal. On the field, the Europeans won the duel by 5 to 4, in the debut of Cristiano Ronaldo in football in the Middle East.

Messi opened the scoring for the Parisian team early in the first half. Neymar kicked off a launch for the Argentine, who touched it underneath the goalkeeper’s exit.

THE PSG turned with the Brazilian Marquinhos, who materialized after receiving a cross from Mbappé.

Cristiano Ronaldo conquered the draw for the Arab combined, at the end of the first half. The Portuguese received a cross and headed it into the crossbar. On the rebound, CR7 left-handed shot into the net PSG.

In the 7th minute of the second half, Sergio Ramos scored for the Paris team, after a beautiful play by Mbappé, who put his scorer to dance.

Undaunted and demonstrating balanced football, the Arab team reached equality with Hyun Soo, who headed in after a corner.

Mbappé left his mark on a penalty and misled goalkeeper Al-Owais, who chose the wrong corner.

THE PSG even expanded with Ekitiké. In the race, the player won the marking and kicked hard for the goal.

Finally, Talisca scored the last goal of the match. After a good move, the Brazilian dropped a bomb on the left and reduced to the combined Arab. Final score: PSG 5×4 Al-Nassr/Al-Hilal