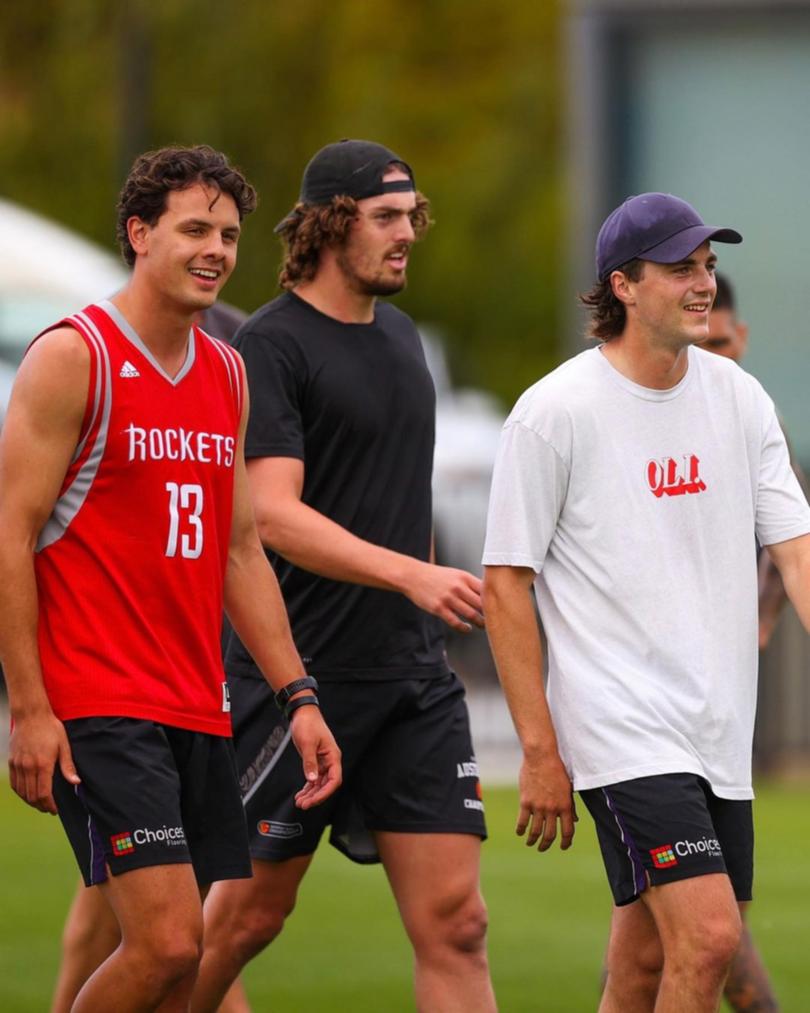 Young Fremantle defender Heath Chapman is set to rejoin the main group at training late next week after missing both match simulations in the past few days.

Chapman, 20, was restricted to running duties this week while his teammates were put through more physical work after pulling up sore, with the Dockers taking a precautions approach.

The West Australian understands it’s only a minor setback to his solid pre-season which already had Chapman winning two 1km time trials in late November and adding at least 5kg to his frame.

Chapman became a mainstay of the Dockers’ backline last season, playing 17 games and earning a three-year contract extension that has him locked away until the end of 2027.

The hybrid defender injured his hamstring at training last year after the Dockers’ round 11 win over then-reigning premiers Melbourne before returning in round 19.

The West Perth product is set to have an increased role in 2023 after swingman Griffin Logue left for North Melbourne, with defensive coach Matt Boyd telling The West Australian he was an option to take on the third tall forwards of the competition.

“Heath has shown a fair bit of growth over the past few years, is very athletic and very competitive and another pre-season makes him bigger and stronger,” Boyd told The West Australian late last year.

“He’s got the athletic traits, he’s got the concentration levels and got the competitiveness to be able to play a number of different roles for us.”

Fellow defender Nathan Wilson has also been restricted to running laps because of a broken finger sustained in a boating accident over the pre-season, while top draftee Hugh Davies is still recovering from a lower back complaint.

The Dockers had a relatively healthy list until Friday when mature-age draftees Corey Wagner and Tom Emmett limped off the track on Friday morning.

Wagner appeared to injure his hamstring in the first period of match simulation, having just returned to full contact after a hand injury prior to Christmas.

Emmett sustained his injury late, with the forward appearing to injure an ankle after impressing with an early goal thanks to incumbent skipper Nat Fyfe.

Forward Matt Taberner continues to build his workload, playing in two of the three periods of match simulation for the first time on Friday before completing his own running program.