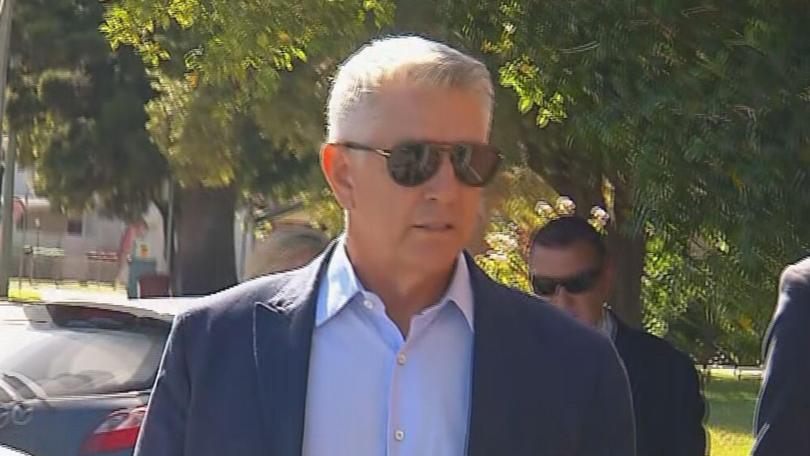 Former Channel 9 sports presenter Cameron Williams will face court to fight claims he assaulted his wife on their rural property.

The 59-year-old is due to appear in Singleton Local Court on Friday after he pleaded not guilty to assault occasioning actual bodily harm and common assault.

Police allege he assaulted his wife Natasha Russo at a property on Putty Road in Howes Valley between 8.30am and just after midnight on November 19 last year.

According to police allegations, the pair had been drinking that evening when they got into an argument at their home in the Hunter Valley.

Mr Williams allegedly grabbed his wife by the arm and shoved her before police were called to the property just before 1am on November 20.

After the alleged altercation, the former sports presenter was granted bail to live in Coogee, in Sydney’s eastern suburbs, and abide by the conditions of an apprehended violence order.

The hearing is expected to run for four hours before Magistrate Kevin Hockey.

The court appearance comes less than a year after Mr Williams resigned from his role as a sports presenter for Channel 9.

He had been a presenter at the broadcaster for more than 16 years when he announced his shock retirement in March 2022.

At the time, the 59-year-old explained he was stepping back from work to focus on his health and his family.