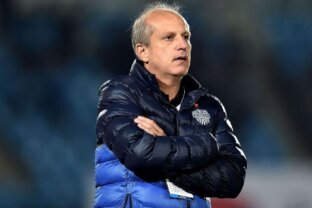 In Brazil, when Alexandre Gama is remembered to command a club, the fans automatically link the name of the coach to that of Romário, who was one of the main players of the Brazilian National Team in winning the 1994 World Cup.

This is because, in 2004, when he took over from Ricardo Gomes and temporarily commanded Fluminense, Alexandre Gama barred the biggest star of the tricolor team. Going to the bench irritated the number 11 who gave the coach a good turnaround.

At the time, Baixinho do Tetra fired at Alexandre Gama: “He just sat on the bus and he already wants to go to the window?” Despite the phrase being used by soccer players since the early 1980s, Romário made it eternal when he entered into a collision course with Alexandre Gama.

2002: Assistant Coach of the professional team

2003: Assistant Coach of the professional team

2004: Coach of the professional team

Almost 20 years after the clash with the striker, Alexandre Gama, who currently commands Thailand’s Lamphum Warrior, admits that this episode had a negative impact on his career. In an interview with the channel “Our Sports”, on YouTube, he recalled the case.

“The relationship I had with Romário and everyone else was excellent. When Romário was an assistant coach, he only trained with me. At the time, it shook a bit. It is still talked about today. At the time I was a little disappointed. It was not smooth, it marked and hindered my trajectory, ”he revealed.

The situation between the two got even worse, when Alexandre Gama revealed that he was obliged to cast Romário at the request of the board. After that, Romário had his contract terminated by David Fischel, then president of Fluminense, because of repeated problems with the coach.

Soon after Romário left, the coach was hired and managed to lead Fluminense to 9th place in the Brazilian Championship. In addition, he qualified the tricolor team for the 2005 Copa Sudamericana. Since then, the relationship between Alexandre Gama and Romário has cooled down.

“I have no regrets. There was never an apology and it doesn’t need to be. We don’t have the same relationship. Because our paths separated. We have no contact. He was the greatest player I ever worked with. There is no other. I had that privilege. When we met, it was quickly on the beach. It’s gone now, it’s not a problem. Cool, he finished.