EXPLAINER: How ominous is the debt limit problem? 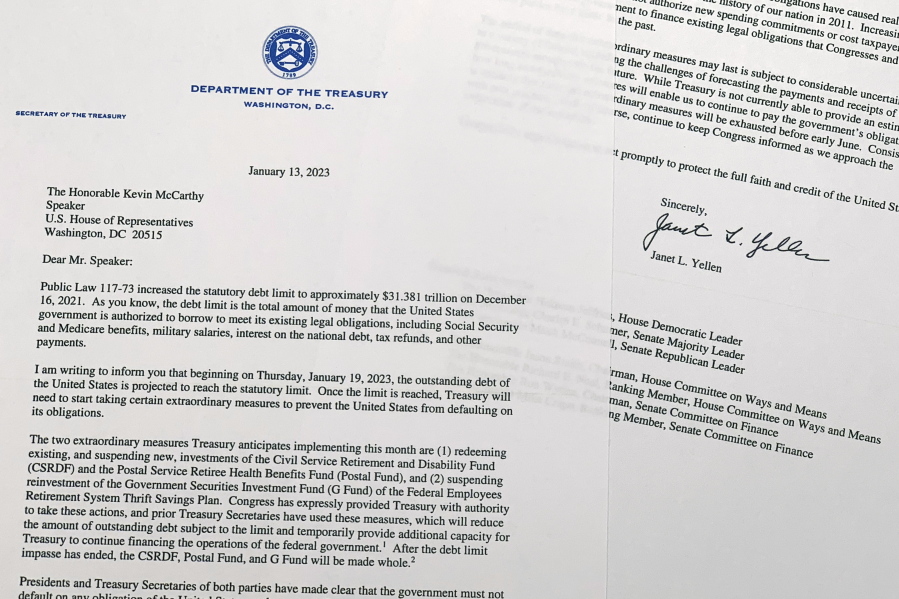 So far, House Speaker Kevin McCarthy, R-Calif., and Biden, a Democrat, are playing what could be a dangerous game of chicken with the world’s largest economy in the middle.

Some questions and answers on the situation:

WHAT ARE ‘EXTRAORDINARY MEASURES’?

To keep the government open, the Treasury Department on Thursday was making a series of accounting maneuvers that would put a hold on contributions and investment redemptions for government workers’ retirement and health care funds, giving the government enough financial space to handle its day-to-day expenses until roughly June.

By suspending payments, the government can reduce the amount of outstanding debt, enabling the Treasury to keep financing government operations.

What happens if these “extraordinary measures” are exhausted without a debt limit deal is unknown. A prolonged default could be devastating, with crashing markets and panic-driven layoffs if confidence evaporated in a cornerstone of the global economy, the U.S. Treasury note.

WHAT ALLOWS TREASURY TO USE THESE MEASURES?

No dispute there. Congress has given the Treasury the authority to do so.

Because these are retirement accounts, no one is harmed by the government equivalent of an IOU. The funds are made whole after a debt ceiling increase or suspension becomes law. It’s not necessarily the measures that can harm the economy but rather the doubts among consumers and businesses about whether lawmakers will increase the borrowing cap.