Ex-Vasco and Internacional, Sarrafiore is the new reinforcement of the Argentine club; know the details 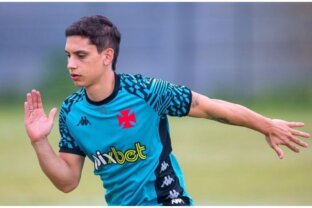 First of all, Independiente agreed to hire its main reinforcement for this season. This is the attacking midfielder Martín Sarrafiore who was free on the market since November 30, 2022, when he left Vasco.

THE Torcedores.com found out that Martín Sarrafiore had a meeting with Independiente’s sporting director, Jorge Damiani, late this Friday night (20), and accepted the proposal from Avellaneda’s team. The player will wear the number 11 shirt of the club in 2023.

Shortly after guaranteeing the return to Série A of the Brazilian Championship, Vasco began the reformulation of the squad and began to release some players. He was informed by executive director Paulo Bracks that he was out of coach Maurício Barbieri’s plans.

Since then, the player’s staff began to offer him to several clubs in South America. With no proposals to continue playing in Brazilian football, Martín Sarrafiore began to consider the possibility of returning to work in Argentina.

At age 25, the athlete received polls from Atlético Tucumán, Banfield, Colón and Lanús. However, the midfielder ruled out talking to clubs because he wanted to move to a team where he could be a protagonist.

Martín Sarrafiore arrives at the club to fill the gap left by Nahuel Estévez. The number 43 shirt was negotiated with Parma, from Italy, in an operation that yielded 1 million euros (R$ 5.6 million, at the current exchange rate).

Also according to the report, Martín Sarrafiore signed a contract with Independiente until December 2025. In addition, the agreement provides for the purchase of 50% of the economic rights for US$ 1 million (R$ 5.2 million). The remainder of the pass belongs to the athlete’s agent.

Revealed by Argentina’s Huracán, Martín Sarrafiore played for Vasco between 2021 and 2022, where he played 19 matches and scored three goals. In Brazilian football, he also wore the shirts of Internacional and Coritiba. However, he did not stand out acting in the south of the country.