Erik Spoelstra hopeful about Heat’s reunited lineup, ‘I’m as curious as anybody’ – The Denver Post 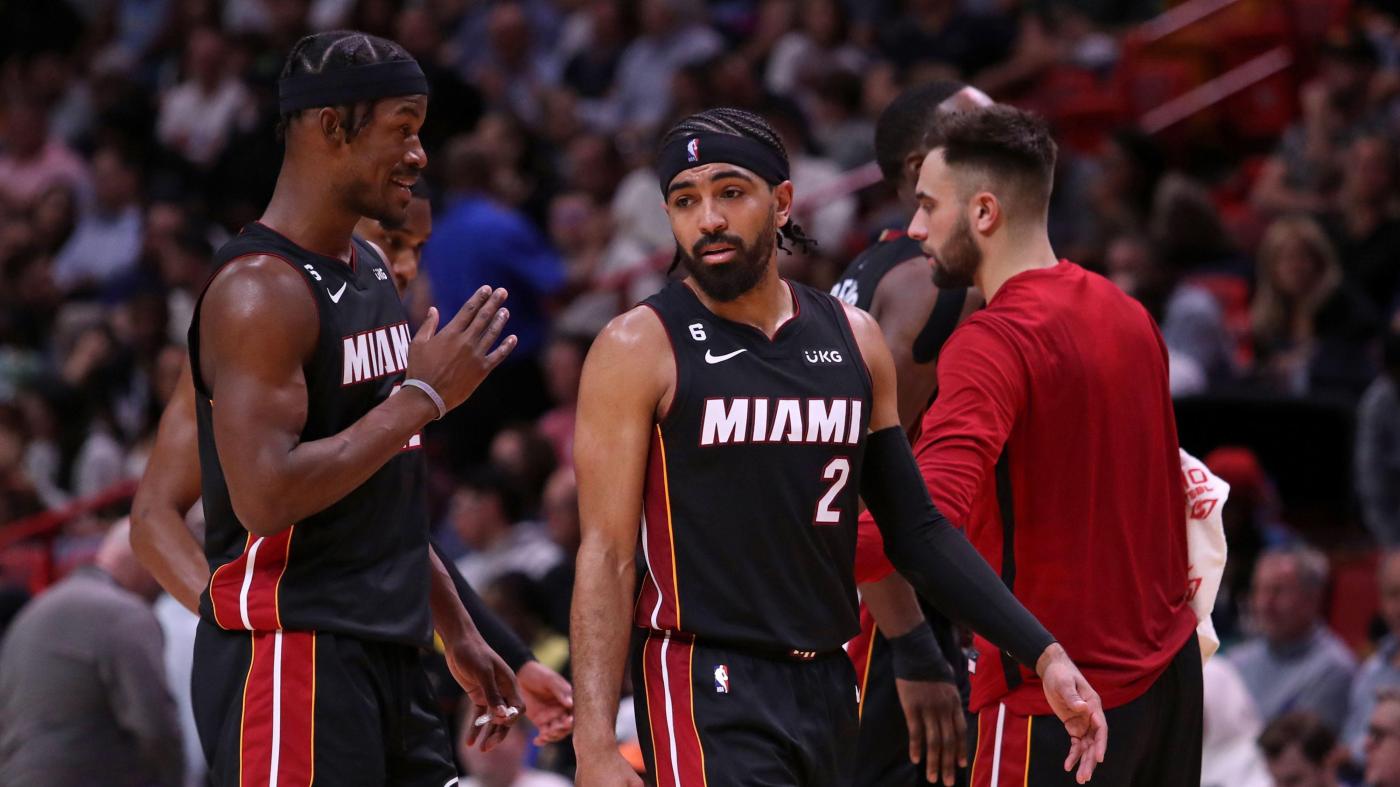 Erik Spoelstra has never looked back since rolling out a Miami Heat starting lineup of Bam Adebayo, Caleb Martin, Jimmy Butler, Kyle Lowy and Tyler Herro the opening night of the season.

He also hasn’t had much of a chance, considering the limited context.

Going into Friday night’s game against the Dallas Mavericks at American Airlines Center, Spoelstra had his primary starting lineup available for only 15 of the season’s first 46 games.

“I just want to see it through,” Spoelstra said. “I’m as curious as anybody.”

The net rating of the quintet has been positive. The overall record, however, just 7-8 going into Friday.

No, small-sample-size theater is not exactly the preferred mode for a coach more than halfway through the season, but injuries have left the viewing opportunities limited.

“And I think we owe it to that group to give them an opportunity to gain some continuity,” Spoelstra said, with the favored five reunited in Wednesday night’s victory over the New Orleans Pelicans in the middle stop of the three-game trip.

With Victor Oladipo emerging to stabilize the bench, there no longer are concerns about potentially returning Herro to his Sixth Man of the Year role of a year ago. Based on the mix with the roster mostly healthy, there now is a scoring balance.

The preseason expectations of the Heat was something better than the current middling mark in the middle of the Eastern Conference. Now with the starters reunited, Butler appreciates the pressure to produce results.

For some teams, this is the stage of the season when rotations are refined, experimentation with roles considered.

For the Heat, it’s as if it’s October again, name tags not necessarily required, but continuity still being reset.

“I think we just all understand each other’s role,” Adebayo said. “We understand how important we are to one another, and that’s where the connection is, and you see it.

Cohesion from the first five also means an ability to establish cohesion beyond, with Oladipo, Max Strus and Gabe Vincent now the core of the second unit, the latter two often forced previously into emergency starts.

“I think what I like about our group is the starters understand how important the second unit is, but also what they’ve had to sacrifice,” said Spoelstra, whose team opens a three-game homestand Sunday against the Pelicans. “When some of the starters have been out, our bench guys have stepped into that starting unit and played extremely well. They’re all humans. If you’re playing great and then starters come back and then you’re asked to sacrifice and come off the bench, that’s not easy for anybody.

“But it takes both sides having that grace, that support, that understanding and knowing what our ultimate goal is, that everybody has to play a role, you have to sacrifice a little bit. But we need both units playing well, particularly to win on the road.”

The record isn’t quite solid enough to fall into a sense of comfort. But that is where stability could lead.

“We knew it was going to take time to figure it out,” Strus said. “But now that guys are getting healthy, we play like [Wednesday] every night, we’re going to put ourselves in a good chance to win every single game. Hopefully we can keep that going.”