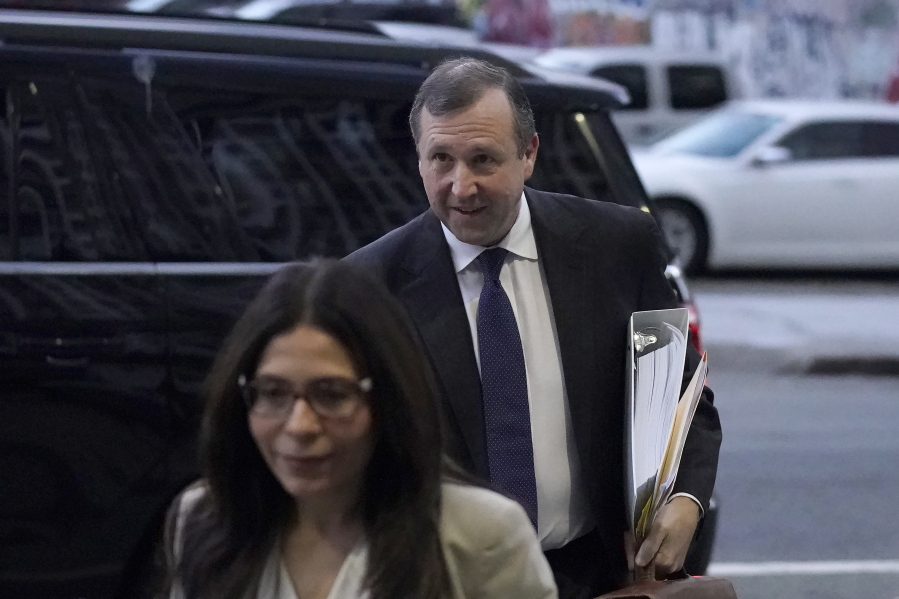 SAN FRANCISCO (AP) — Elon Musk took the witness stand Friday to defend a 2018 tweet claiming he had lined up the financing to take Tesla private in a deal that never came close to happening.

The tweet resulted in a $40 million settlement with securities regulators. It also led to a class-action lawsuit alleging he misled investors, pulling him into court Friday.

The mercurial billionaire took the witness stand wearing a dark suit on the third day of a civil trial in San Francisco that his lawyer unsuccessfully tried to move to Texas, where Tesla is now headquartered, on the premise that media coverage of his tumultuous takeover of Twitter had tainted the jury pool.

The nine-person jury assembled earlier this week will be responsible for deciding whether a pair of tweets that Musk posted on Aug. 7, 2018 damaged Tesla shareholders during a 10-day period leading up to a Musk admission that the buyout he had envisioned wasn’t going to happen.

A month later, Musk stepped down as Tesla’s chairman while remaining CEO as part of the Securities and Exchange Commission settlement without acknowledging any wrongdoing.

In the first of those those two 2018 tweets, Musk stated “funding secured” for a what would have been a $72 billion buyout of Tesla at a time when the electric automaker was still grapping with production problems and was worth far less than it is now. Musk followed up a few hours later with another tweet suggesting a deal was imminent.

On the stand Friday, Musk — who last year bought Twitter for $44 billion — said tweeting is “most democratic way” to communicate with investors.

“I care a great deal about retail investors,” he said during questioning by shareholder attorney Nicholas Porritt.

But he acknowledged that investors can get more detail in a traditional corporate filing with securities regulators, given the character limits set on Twitter.

“I think you can absolutely be truthful” on Twitter, Musk said. “But can you be comprehensive? Of course not.”

Even before Musk took the stand, U.S. District Judge Edward Chen had declared that the jurors can consider those two tweets to be falsehoods, leaving them to decide whether Musk deliberately deceived investors and whether his statements saddled them with losses.

Musk has previously contended he entered into the SEC settlement under duress and maintained he believed he had locked up financial backing for a Tesla buyout during meetings with representatives from Saudi Arabia’s Public Investment Fund.

The trial over his Tesla tweets come at a time when he has been focusing on Twitter, which he acquired in October after trying to back out of that purchase.

Musk’s leadership of Twitter — where he has gutted the staff and alienated users and advertisers — has proven unpopular among Tesla’s current stockholders, who are worried he has been devoting less time steering the automaker at a time of intensifying competition. Those concerns contributed to a 65% decline in Tesla’s stock last year that wiped out more than $700 billion in shareholder wealth — far more than the $14 billion swing in fortune that occurred between the company’s high and low stock prices during the Aug. 7-17, 2018 period covered in the class-action lawsuit.

Tesla’s stock has split twice since then, making the $420 buyout price cited in his 2018 tweet worth $28 on adjusted basis now. The company’s shares were trading around $133 Friday, down from the company’s November 2021 split-adjusted peak of $414.50.

After Musk dropped the idea of a Tesla buyout, the company overcame its production problems, resulting in a rapid upturn in car sales that caused its stock to soar and minted Musk as the world’s richest person until he bought Twitter. Musk dropped from the top spot on the wealth list after the stock market’s backlash to his handling of Twitter.