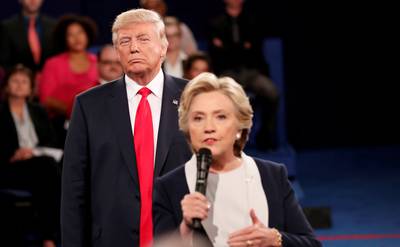 Former US President Donald Trump and one of his lawyers must pay nearly $ 1 million (more than € 900,000) in damages to Hillary Clinton and members of her campaign team for unfounded allegations that Clinton and her team attempted to manipulate the 2016 presidential election. A federal judge in Florida handed down the sentence on Thursday, having already dismissed Trump’s charges last year.