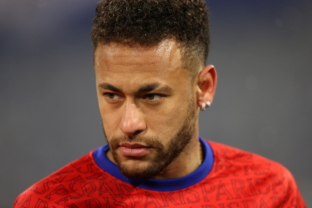 THE PSG won the Arab combined this Thursday (19th), in a friendly that featured great stars of world football. Neymar didn’t score, but had important participation and starred in moments with Lionel Messi and Kylian Mbappé; check out the main news of the day of the shirt number 10 of the Brazilian team:

Despite not having scored, Neymar stood out for the brilliant pass to Lionel Messi, who opened the scoring with a subtle touch on the goalkeeper’s way out; watch:

Neymar has yet to score after the World Cup in Qatar. The Brazilian dropped in performance and is the only one of the offensive trio who is experiencing fasting after the World Cup. Much criticized by the French press, the number 10 failed again this Thursday and missed a penalty, something unusual for him; see bid:

He waited until the last moment to decide which side to take the kick, as he usually does, hoping the goalkeeper would go down. However, Neymar’s formula did not work out this time. The bid shocked the web.

Before taking the penalty, Neymar offered the ball to Messi. However, the Argentine “rejected” and let the number 10 carry out the charge; check out the moment that earned praise from the public on social media:

After beating Cristiano Ronaldo’s team 5-4, goals from Kylian Mbappé, Lionel Messi, Sergio Ramos, Marquinhos and Hugo Ekitiké, the PSG face Pays de Cassel for the French Cup, next Monday (23). Next, the challenge is against Reims, for Ligue 1, on the 29th.

It is worth remembering that the team of Neymar, Messi and Mbappé has Bayern Munich as a great challenge in the round of 16 of the Champions League in February.