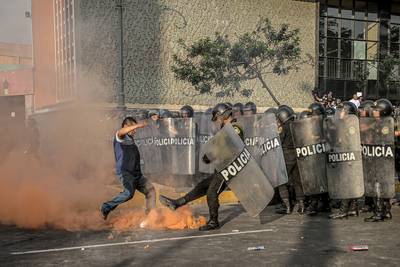 During anti-government protests in Peru on Thursday, demonstrators again clashed hard with security forces. In the southern city of Arequipa, according to the national ombudsman, at least one demonstrator was killed and ten people were injured. There were also injuries in the capital Lima. For five weeks, protesters have been demanding the resignation of President Dina Boluarte and new elections. At least 54 people have been killed in the protests.

Source link
Share
Facebook
Twitter
Pinterest
WhatsApp
Previous article
Mysterious marking creates a risk of fines in Germany, but what does it mean?
Next article
Cool temperatures, return of the sun: the weather in Toulouse and Occitanie this Friday