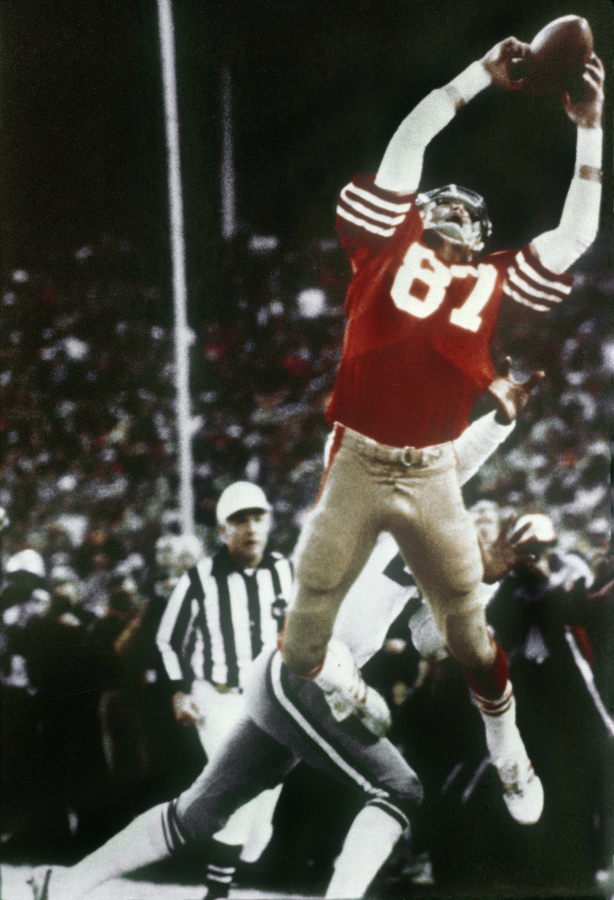 SANTA CLARA, Calif. — For Kyle Shanahan, the chance to coach the San Francisco 49ers against the Dallas Cowboys in a playoff game is a throwback to when that rivalry was the biggest in football.

After the rivalry went dormant for more than a quarter-century as the proud franchises rarely enjoyed success at the same time, it is having a rebirth with San Francisco set to take on Dallas for the second straight postseason when they meet Sunday in the divisional round.

“That’s how rivalries happen,” Shanahan said Wednesday. “You guys knew it from the ‘80s when it started out. I remember so much from my childhood from sixth grade to ninth grade, because I was here ‘92 to ‘94, so it was the biggest rivalry in football to me growing up. Then usually that goes away when you don’t meet in the playoffs a bunch and we had a big game last year, we have a big game this year, so the more you do that, the bigger it gets again.”

This will be the ninth time these franchises have met in the postseason, tied for the most of any matchup in the Super Bowl era with San Francisco against Green Bay and Dallas against the Rams.

But with six of the previous matchups coming in the conference title game, few rivalries have had as many big games or star players such as Roger Staubach, Joe Montana, Jerry Rice, Emmitt Smith, Deion Sanders, Steve Young, Troy Aikman and Michael Irvin.

The 49ers-Cowboys playoff history is a rich one from back-to-back conference title games in the early 1970s, the iconic “Catch” in the 1981 season and then the heated rivalry in the 1990s when the Cowboys won the first two meetings on the way to Super Bowl titles and then the Niners took the third game.

“None of us were around for that,” Niners fullback Kyle Juszczyk said. “So the rivalry is really what we’ve done recently. We played them last year in the playoffs. I think that is more of our fuel as opposed to those other games.”

The series took a long playoff break before resuming in the wild-card round last year when the 49ers held off the Cowboys 23-17. The game ended in dramatic fashion with Dak Prescott scrambling to the San Francisco 24 in the closing seconds.

Dallas scrambled to get to the line and waited for the officials to set the ball. Prescott then spiked the ball in hopes of getting one more play off but the clock ran out.

Here’s a look at the history of the playoff rivalry.

The teams squared off in the first three years after the merger with the Cowboys beating the Niners for the NFC title game in 1970 and ‘71 and again the next year to help launch their status as “America’s Team.”

In the first meeting at Kezar Stadium in San Francisco, Dallas used 143 yards rushing and a TD from Duane Thomas and two interceptions of John Brodie to win 17-10.

Dallas’ defense dominated again the next year with three more interceptions of Brodie in a 14-3 win that led the Cowboys to their first Super Bowl title.

The next meeting in the divisional round at Candlestick Park helped Staubach earn the moniker of “Captain Comeback.”

Staubach entered the game in the fourth quarter with Dallas down 28-13 and led the team on three scoring drives. He threw a 20-yard TD pass to Billy Parks with 1:20 left to cut the deficit to 28-23. After a successful onside kick, the Cowboys won it on a 10-yard TD pass from Staubach to Ron Sellers with 52 seconds left.

The Niners fell off after that three-year run, but got their revenge with a late-game comeback of their own to launch a dynasty in the 1981 NFC championship game.

San Francisco took over at its 11 with 4:54 to play trailing 27-21 when Montana took over. He picked apart Dallas’ Doomsday Defense with a quintessential West Coast offense drive.

Then the Niners faced a third-and-4 at the Dallas 6 with less than a minute to play when Bill Walsh called “Sprint Right Option.” Montana rolled right and couldn’t find an open receiver immediately. Then with Ed “Too Tall” Jones and the Dallas defense closing in, Montana launched a high pass that seemed headed out of the end zone.

But Dwight Clark leaped over Everson Walls in the back of the end zone and came down with “The Catch” to give San Francisco a 28-27 lead.

The win was sealed when Danny White lost a fumble and San Francisco won its first of five Super Bowl titles in a 14-year span two weeks later.

“Start of a dynasty,” former 49ers president Carmen Policy said. “I don’t let myself go down the road of what would have happened if he doesn’t make that catch.”

HOW ‘BOUT THEM COWBOYS

While the Niners dynasty was launched with that win, it was the start of Dallas’ demise under coach Tom Landry. The Cowboys bottomed out with a one-win season in Jimmy Johnson’s first year in 1989 before beginning a steady rise.

That helped lead to the Cowboys making it to the 1992 NFC title game in San Francisco against a stacked Niners team led by Steve Young and Jerry Rice.

But the young Cowboys didn’t flinch, getting two TDs from Smith to build a 24-20 lead and then Aikman helped seal it with a 70-yard pass to Alvin Harper to set up another TD.

The rematch the next season wasn’t nearly as tight with the Cowboys building a 28-7 halftime lead on the way to a 38-21 win after Johnson guaranteed victory earlier in the week. Johnson punctuated both wins with his “How ‘bout them Cowboys!” proclamation in the victorious locker room.

“I’ve been talking all week,” Johnson told his team. “If you’re gonna talk the talk, you gotta walk the walk. Thanks to you guys, y’all did the walkin.”

After those two losses raised questions if Young would ever win the “big one,” the game the next year helped establish him as one of the greats.

Eric Davis got it started with a pick-6 on the opening possession. Two more turnovers helped San Francisco break out to a 21-0 lead less than five minutes into the game.

“Spotting them a 21-point lead was like spotting Carl Lewis 20 yards in a 100-yard dash,” Smith said.

Young did the rest with two TD passes and a TD run and went on to win Super Bowl MVP two weeks later.

“To answer that pressure is one of the great feelings in sports,” he said after that win over Dallas.